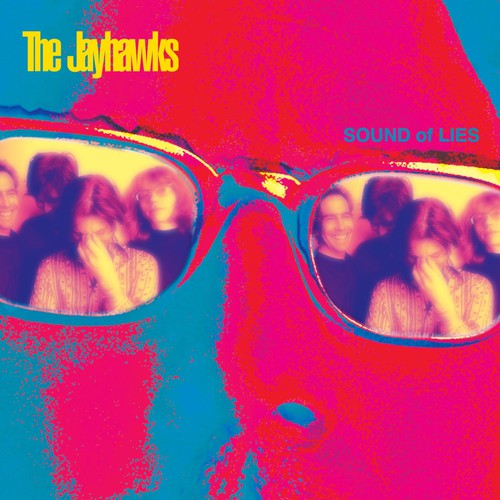 Sound of Lies
Artist: The Jayhawks
Format: Vinyl
New: Not in stock
Wish

2014 remastered 2 X vinyl LP pressing reissue with 5 bonus tracks. Following Mark Olson's amicable departure, the remaining Jayhawks reconvened under the direction of Gary Louris to record 1997's Sound of Lies, the band's most ambitious album to date. Like Wilco's Being There, Sound of Lies uses country-rock as a foundation and wanders off into a variety of different sonic territories, including surf rock and Beatlesque pop, bringing the music closer to the sound of adult alternative pop/rock. Although the surface of the album is pleasant and melodic, Louris has written a uniformly harrowing set of songs, inspired both by the dissolution of his partnership with Olson and a recent divorce. The lyrics have a naked, emotional honesty which would have been more affecting if the music echoed it's sentiment, yet the record still has a subtle grace and power, proving that The Jayhawks remain a distinctive band without Olson.