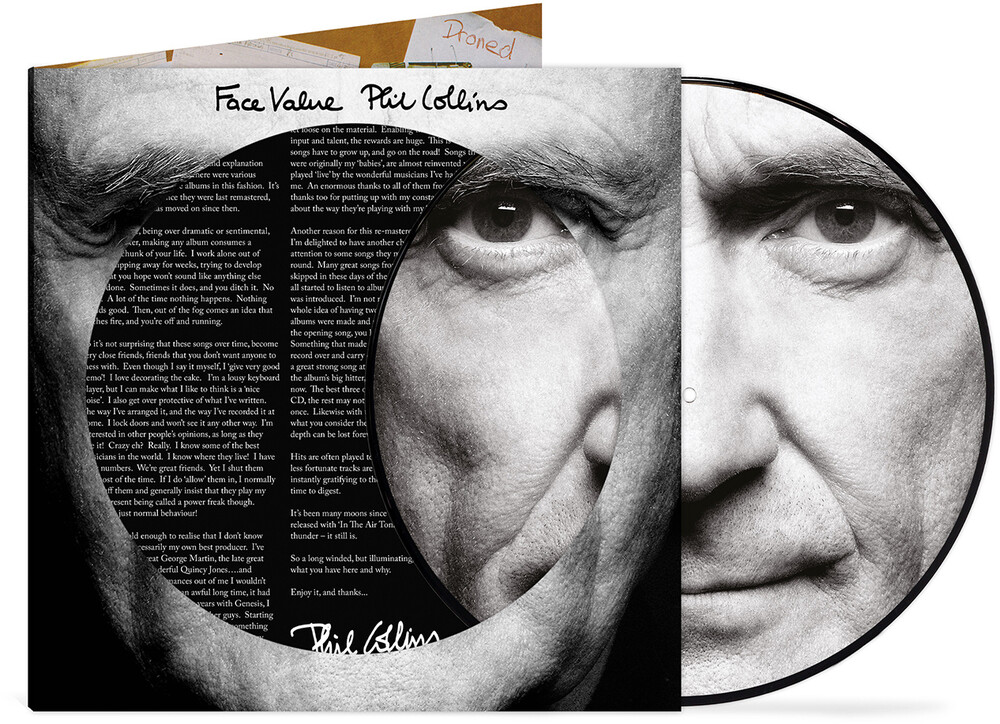 Limited vinyl picture disc pressing. Co-produced by Hugh Padgham, Phil Collins' first departure from prog rock band Genesis was received with great critical acclaim achieving No.1 status in the UK album charts, No. 2 in Germany and Australia and No.7 in US Billboard 200 charts. 'In The Air Tonight' was the lead single, released on the 5th January 1981, and has held it's own ever since, proving just how popular a track it is over and over again with different generations. Face Value also includes singles 'I Missed Again' & 'If Leaving Me Is Easy' as well as a cover of The Beatles 'Tomorrow Never Knows' leading into an unlisted 30 second rendition of 'Somewhere Over The Rainbow'