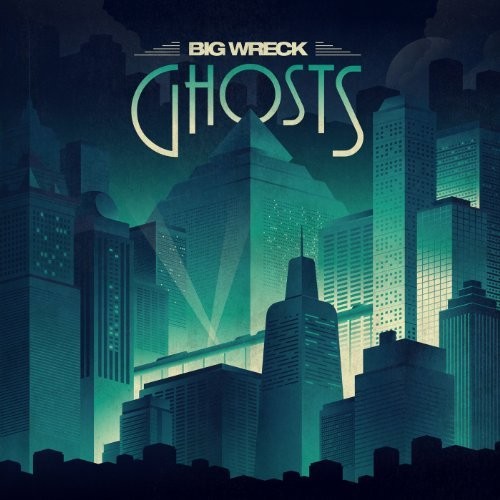 Returning to the studio for the first time since the success of 2012's Albatross, Big Wreck approached the making of their fourth full-- length album Ghosts, with a renewed sense of wonder toward the very things that turned them on to rock and roll in the first place.

The album, which took upwards of 6 months to complete and was recorded at Revolution Studios and Vespa Studios in Toronto, was a seemingly natural next step for the band. While it stays true to the driving intensity, booming drum sound and unbridled guitar virtuosity that has always made Big Wreck so appealing, it also explores bold new aural territory which sees the band letting their guard down for the first time to return to the seeds of long forgotten ideas.

Capturing that long sought after vision with such raw fervor is an achievement Ian largely attributes to the chemistry he and the rest of Big Wreck share with longtime friends and producers Eric Ratz (Billy Talent, Cancer Bats) and Nick Raskulinecz (Foo Fighters, Rush), whom with they worked alongside during the recording of Albatross.