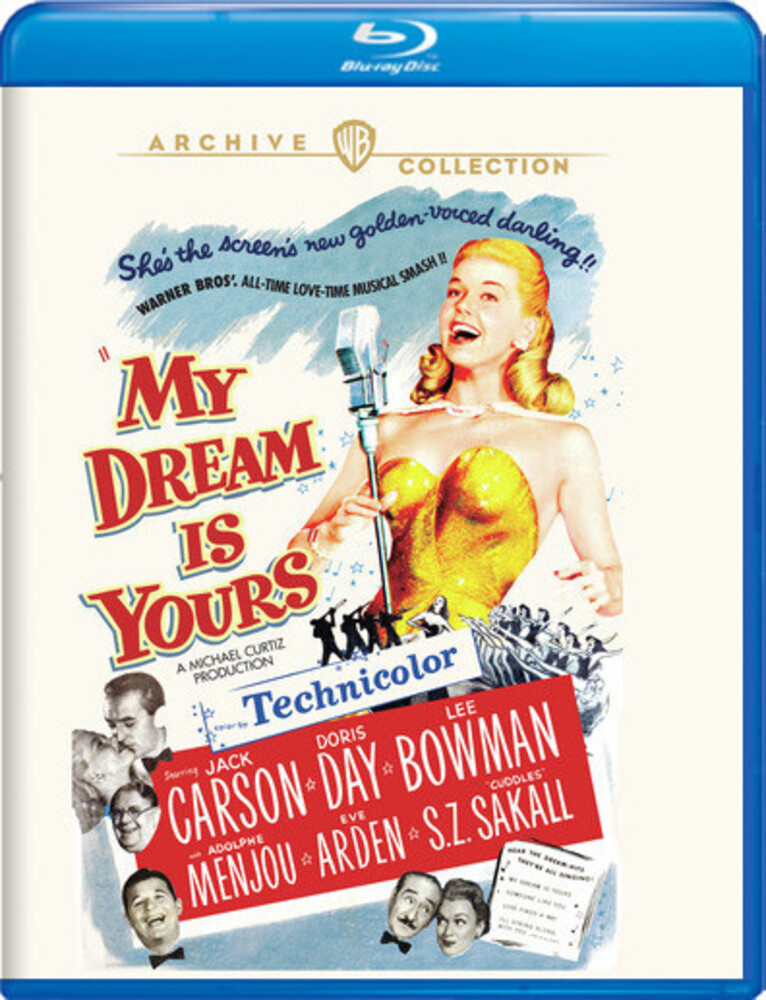 Left in the lurch when a singer client bails on his radio show contract, agent Doug Blake (Jack Carson) has to scramble for a new talent-and he thinks he has one when he hears the vocals of factory worker/single mom Martha Gibson (Doris Day). But, is he glib enough to sell her on Hollywood... or the sponsors on her? Breezy musical comedy co-stars Lee Bowman, Adolphe Menjou, Eve Arden, Franklin Pangborn, and (in an animated dream sequence) Bugs Bunny and Tweety; score includes "Some Like You" and the title tune. 101 min. Standard; Soundtrack: English DTS HD mono Master Audio, Dolby Digital mono; Subtitles: English (SDH).