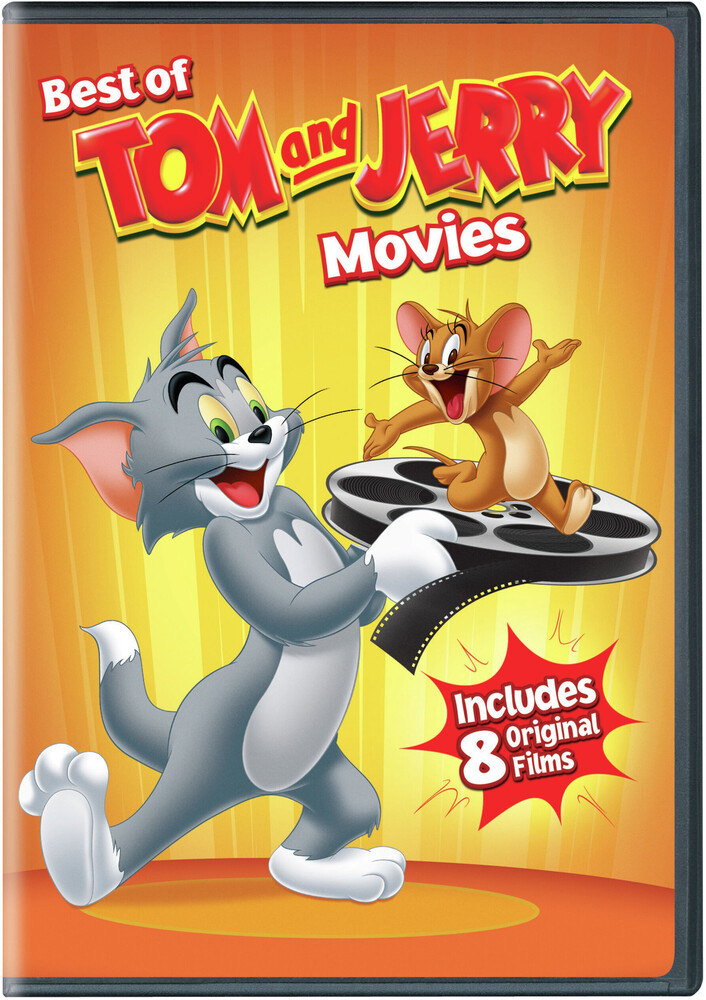 Tom and Jerry: Shiver Me Whiskers Tom and Jerry soar over the rainbow and travel down the yellow brick road in this all-new animated retelling of the classic tale. 59 Mins. Tom and Jerry Robin Hood and His Merry Mouse The fur flies again, when Jerry, as the smallest member of Robin Hood's gang, encounters and joins forces with Tom, a feline squire to Maid Marion. 58 Mins. Tom and Jerry's Giant Adventure In this retelling of the classic Jack and the Beanstalk tale, our favorite cat and mouse find themselves at odds yet again while assisting Jack. 57 Mins. It's a swashbuckling pirate adventure when Tom sets sail as a lowly cabin cat for the biggest, baddest pirate on the high seas the Tom and Jerry: The Lost Dragon Your favorite cat and mouse are back with song, sorcery and slapstick in this enchanted tale. The action takes flight in a climactic ending filled with magic and cartoon mayhem! 57 Mins. Tom and Jerry: Spy Quest Tom and Jerry become involved in the world of espionage, when Tom inadvertently gets his paws on a top-secret code, which all the spies are after. 73 Mins. Tom and Jerry: Willy Wonka and the Chocolate Factory infamous Captain Red and his bossy talking parrot! 71 Mins. Tom & Jerry help Charlie to a golden ticket and prevent one of Willy Wonka's competitors from stealing a special candy, the Everlasting Gobstopper! 79 Mins. Tom and Jerry Meet Sherlock Holmes Cat-and-mouse cutups try to outsleuth the great detective in an all-new animated movie! Only Sherlock Holmes can find the real thief with the help of Dr. Watson-and of course. 50 Mins. Tom and Jerry & The Wizard of Oz