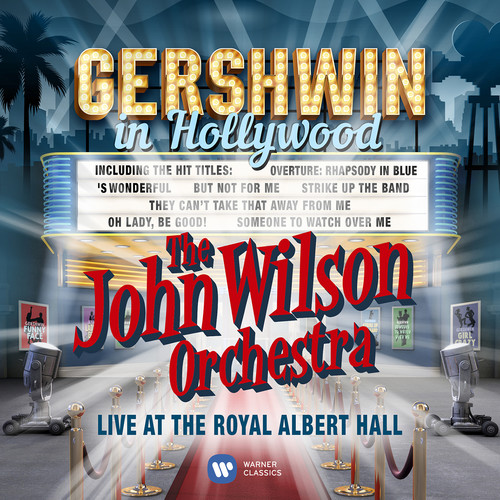 Gershwin in Hollywood - Live at the Royal Albert Hall JOHN WILSON ORCHESTRA - For this release, Warner Classics is proud to present Gershwin in Hollywood, recorded live at the Royal Albert Hall, at the culmination of this extraordinary orchestra's sell-out UK tour in 2015. It includes well-known Gershwin favorites of the American Songbook, such as How Long Has This Been Going On?, The Man I Love, 'S Wonderful and They Can't Take That Away From Me, as well as rarely recorded gems like Slap That Bass, Treat Me Rough, and the magestic orchestral Overture from the film Rhapsody in Blue. With superb vocals from regular JWO guests Matt Ford and Louise Dearman, and the rich orchestral sound so evocative of Hollywood's Golden Age, all under the direction of John Wilson, this CD captures the thrilling atmosphere of a night to remember.