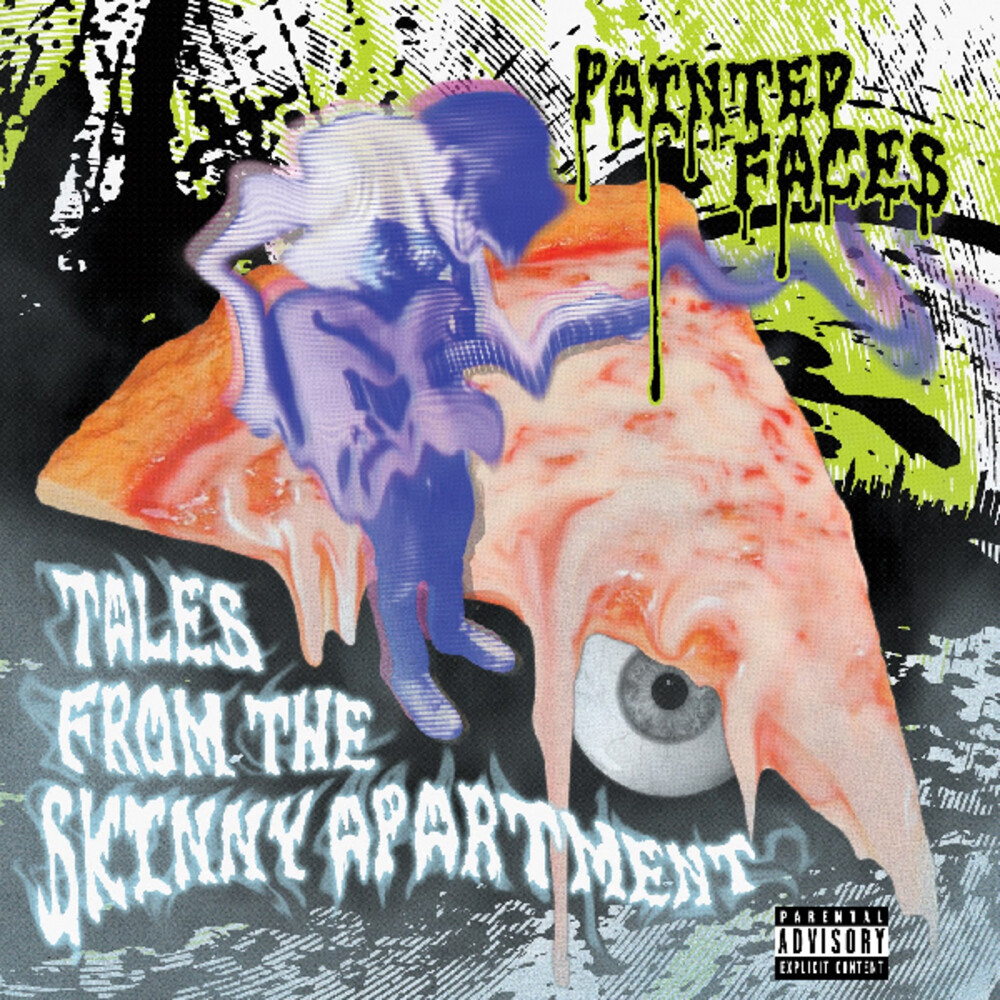 Painted Faces is the long (strange/trip) running voyage of weirdo David Drucker, which began in Florida in 2009 and decamped to NYC in 2011. It has sometimes been a loose band in the past with a revolving line-up of outsiders and interlopers (known as The Freak Band), but is usually a solo endeavor, and the bulk of the recordings have been done as such. PF has always been a home recording solo project, one-man-band style heavy on psychOdelic/outsider folk/noise/experimental vibes. He started self-releasing CD-Rs in the early days and quickly jumped to tapes on a variety of labels including Already Dead, Lava Church, J&C, Null Zone, Tall Tapes. A "legendary" CD compilation on Gulcher Records and an LP from Already Dead and Almost Halloween Time in Italy brings us to the here and now. Tales from the Skinny Apartment is somewhere around the 20th or so Painted Faces release... he has long lost count. Drucker runs/curates gigs (and records at) the Skinny Apartment, his dwelling place in Ridgewood Queens, which some folks have called the "realest DIY zone in NYC". He also rips in Dead River Company, Big Hiatus, Shecky, Canyon River Blues, and countless other unknown subterranean improv zoner outfits. "Ripping" involves keeping it freaky and weird and ripping sets wherever/whenever, i. e. always being down to perform whether in a kitchen or a packed ballroom. Ridgewood Rippers are the crew of artists that populate Ridgewood and the loose "scene" around the Skinny Apartment. Much of it is in jest, a self-inflated mythology of nonsense which is pervasive in all rock and roll "scene" histories. As a student of rock/pop history, Drucker is fascinated by the loose associations that connect folks from various zones together... i. e. Miles Davis and The Grateful Dead... it's all the same though, the labels and genre distinctions are completely arbitrary. Drucker is known for falling apart on "stage", with performances heavy on humor, horror, stoned digressions, and cathartic bouts of therapy, part performance art/part standup comedy. All music written and recorded by David Drucker at The Skinny Apartment in Ridgewood, Queens, 2017. Featuring Mike Green (Mezzanine Swimmers) on guitars on "I Took Too Much Acid in 7th Grade", Cop Funeral on electronics on "Seafood Special", Chris "Mr Transylvania" Shields on background vocals on "Massachusetts Is a Magical Place", Eva "Nighttime" Goodman on violin and backing vocals on "The Ridgewood Ripper".