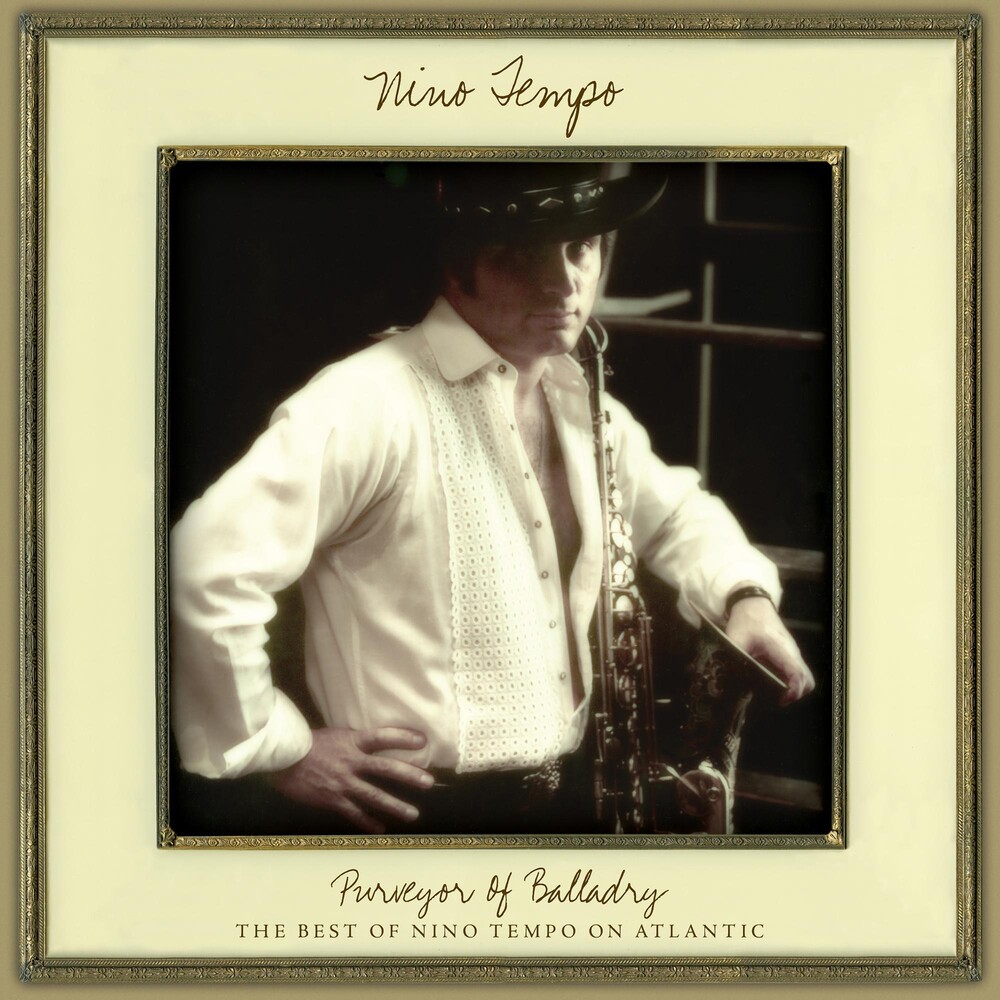 Nino Tempo has had a storied and varied career in the entertainment business. He was a musical prodigy, winning a national talent show for his singing at four years of age. A few years later, he took up the clarinet, inspired to learn the instrument after a brief stint singing with Benny Goodman's band. Less than a year later (at the age of 10), Nino added the saxophone to his musical arsenal after hearing recordings of Charlie Parker. He was also an actor in a number of movies, notably alongside Jimmy Stewart in The Glenn Miller Story (1953). In the early 1960s, Tempo joined the in-demand group of studio musicians known as the Wrecking Crew. It was at a Bobby Darin recording session that Nino met Atlantic co-founder Ahmet Ertegun for the first time, and a lifelong friendship began. Along with a new friendship, a recording career was launched as Ertegun signed Nino and his sister, April Stevens, to a recording contract with Atco, a subsidiary of Atlantic. So successful was Nino and April's 1963 duet, "Deep Purple," that the chart-topping, million-selling gold record scored a Best Rock and Roll Recording Grammyr in 1964. The 1970s found Nino equally active, this time with his band Nino Tempo and 5th Ave. Sax. The group's 1973 hit, "Sister James," has been cited as one of the first instrumental disco records to make the charts. It has since become a Northern Soul favorite. In 1975, Nino's ongoing session work included playing both saxophone and keyboards on John Lennon's Phil Spector-produced album, Rock 'n' Roll. In 1989, shortly after Ahmet Ertegun's brother Nesuhi passed away, Nino was on hand at Lincoln Center to pay tribute at his memorial service with a stirring rendition of "Darn That Dream." It was that very performance-appearing for the first time on Purveyor Of Balladry-that landed Nino Tempo back on the Atlantic Records roster. Omnivore's compilation is drawn from the best of Nino's two Atlantic studio albums. The collection's title is derived from a comment by jazz critic and author, Leonard Feather. In his review of a 1993 Nino Tempo concert, Feather referred to the sax player as "a purveyor of balladry." As Ahmet wrote to Nino: "To my dear friend Nino Tempo, You have been a major figure in this Atlantic story in many ways: As artist, producer, composer, session player, critic, soloist and as friend and advisor. Thank you for being there, and much love, Ahmet Ertegun - May 2006