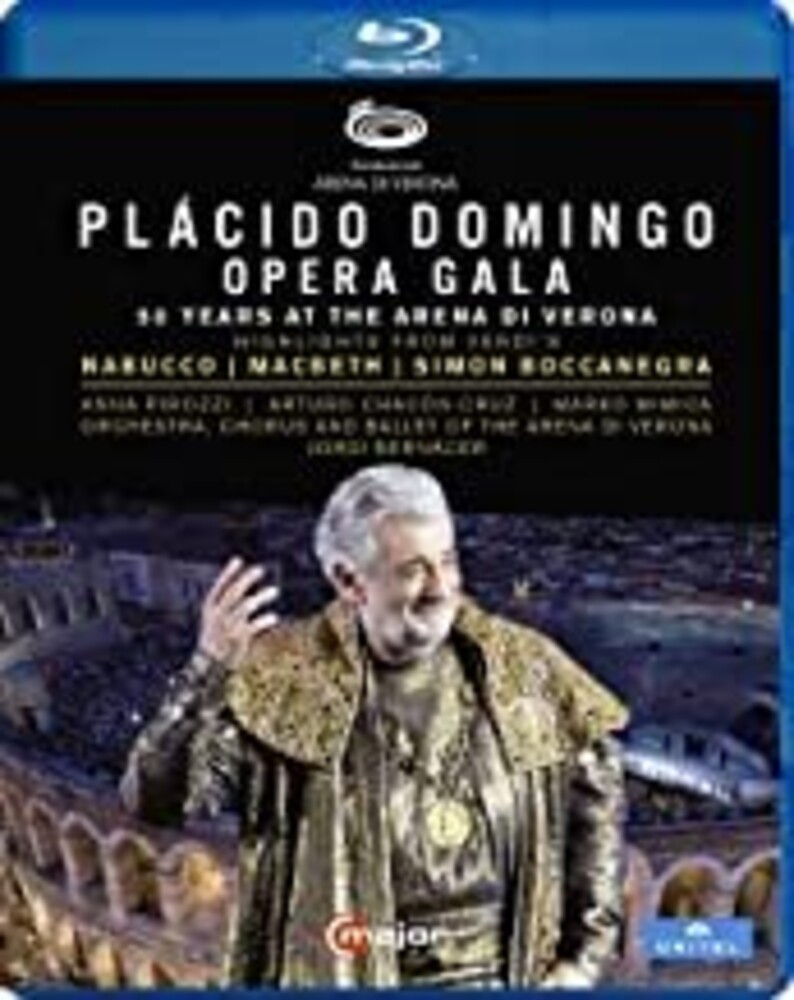 What a pompous and exquisite gala to celebrate opera legend PlĂˇcido Domingo in the breathtaking Arena di Verona! 50 years ago the young Madrilenian singer PlĂˇcido Domingo gave his debut at the ancient open-air theatre: the beginning of a lasting and exceptional relationship. To mark the anniversary, Domingo presents a programme entirely dedicated to Verdi, performing three of his most complex and majestic baritone roles. No effort was spared to create an unforgettable evening in a unique atmosphere in the completely sold-out amphitheatre, which has been at the heart of Italian entertainment for almost 2,000 years. Whether as Babylonian king Nabucco, Scottish general MacBeth or as Doge Simon Boccanegra: Domingo's versatility and aura is more than impressive, with "top phrasing and articulation, his baritone with full and sonorous intonation and a unique timbre - all this substantiates his exceptional position" (Das Opernglas). At the side of Domingo shines an excellent cast including Anna Pirozzi and Arturo ChacĂłn-Cruz, supported by a perfectly rehearsed ballet under the baton of conductor Jordi BernĂ cer who sovereignly leads the Orchestra of the Arena di Verona from scene to scene. A triumphal, almost historic moment for Domingo and the Arena di Verona!