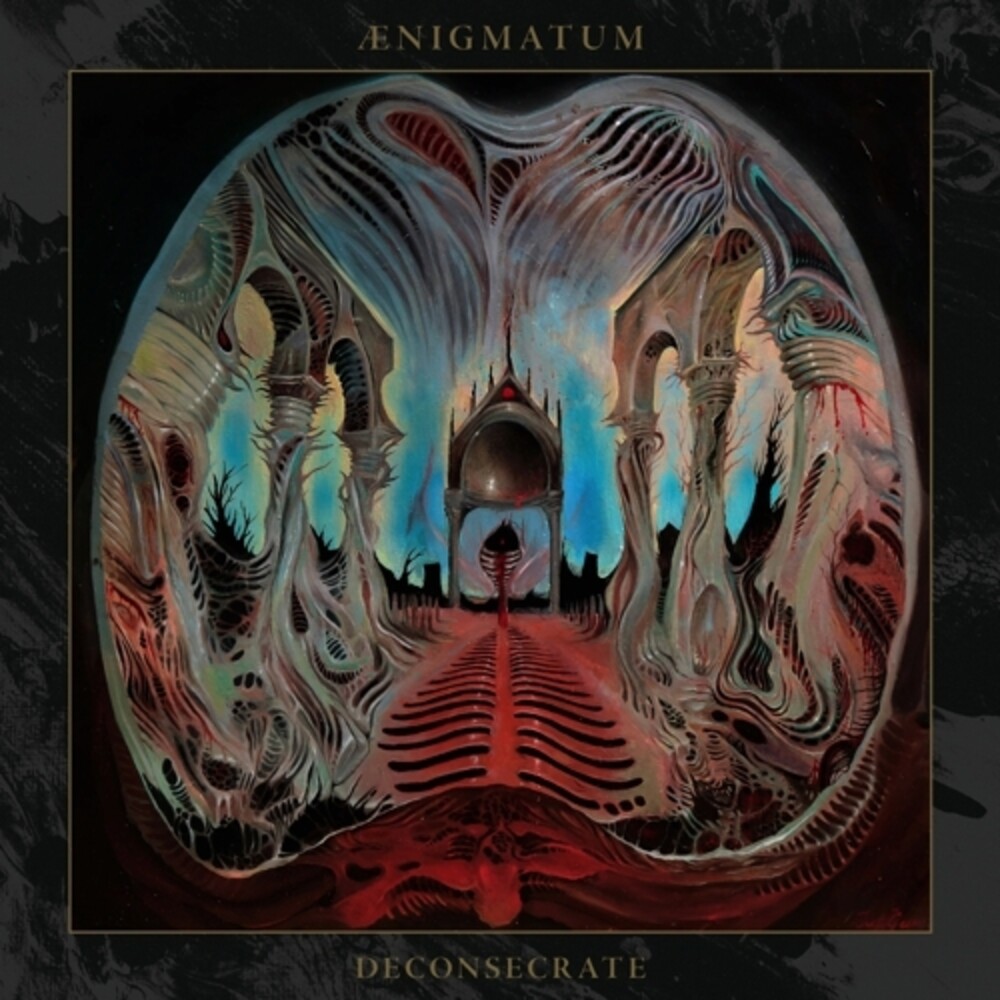 *ON ROYAL BLUE INSIDE ELECTRIC BLUE W/ NEON PINK & MUSTARD YELLOW SPLATTER VINYL!!! The idiosyncratic methodology of Portland's Ă†nigmatum is instantly apparent from the whip-start blast of "Forged From Bedlam", the opening track of their second album Deconsecrate. While the pace is frenetic, speed is never a crutch to be relied upon, but rather one deliberate device in a sprawling collection of melodically precise and technically riveting fragmented death shards. The eight songs on Deconsecrate constitute a labyrinthian structure of twisting nuanced complexity and intricate explosive chaos. Blood-freezing and incandescently beautiful at once, Ă†nigmatum temper their withering elaborate intensity with astonishingly elegant melodic passages carved into the mind, like towering marble hallucinations. Immersing in this album, one might be forgiven assuming they'd stumbled upon a lost obscurity of mid-90s Gothenburg, the dark harmonies, the dual guitars, the staggering rhythm section; but in fact Ă†nigmatum have bequeathed a startlingly ambitious paragon of mystifying esoteric death metal magnificence.
back to top