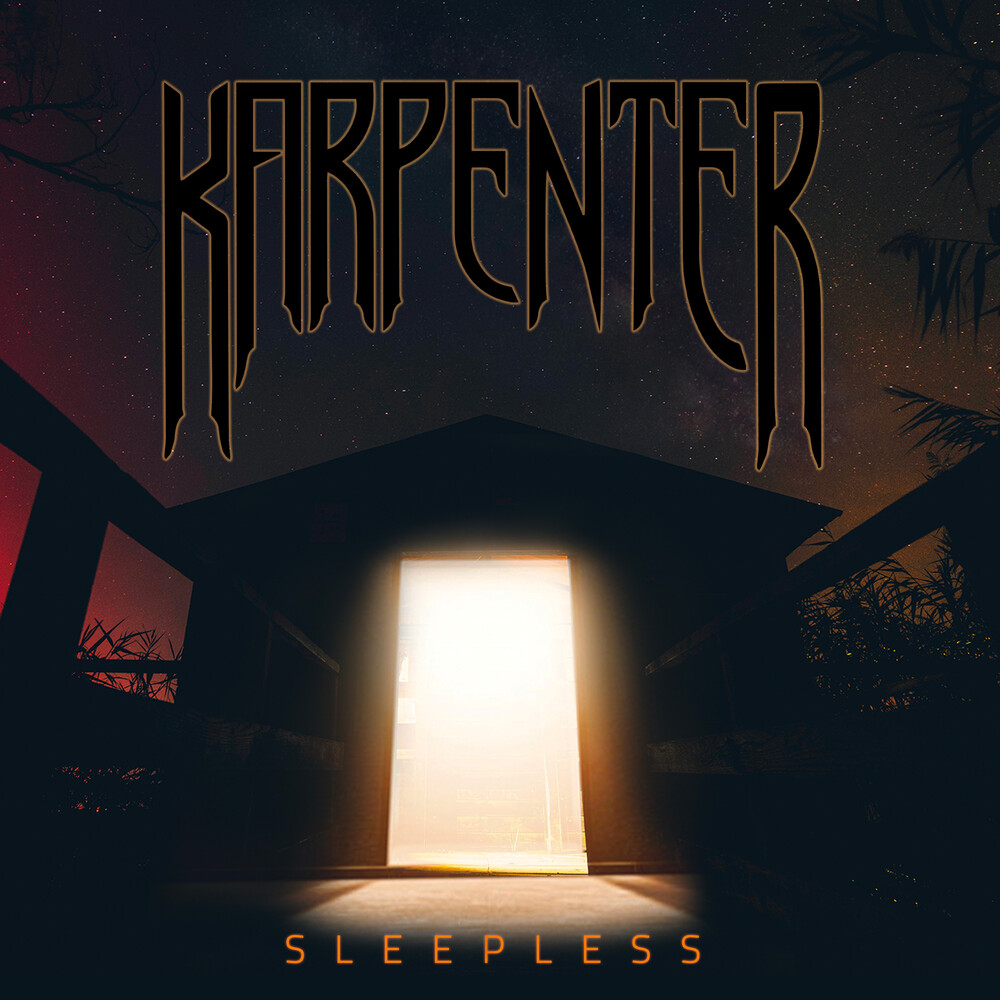 Named in tribute to horror movie master John Carpenter, the alternative-metal band Karpenter was formed in 2019 by former Fightcast members Filippo Tellerini, Francesco Vicini, and Marco Biondi, along with Federico Conti (Creep), Manuel Nucci and Michele Mingozzi (Figure of Six). By connecting old-school influences with modern-sounding songs, the band aims at keeping the core of the style that characterized the past while projecting itself toward new and original experimentations of sounds and metal sub-genres. "Sleepless" will be Karpenter's debut full length to follow their 2019 singles "Dark Mountain Side" and "The Hardest Party". The album was recorded and mixed by Gabriele Ravaglia (Extrema) and Gianmarco Bambini at Fear Studio in Italy, and mastered by Jacob Hansen (Volbeat, Epica, Fleshgod Apocalypse). The album's tracks are inspired by horror movie themes and characters such as "Shark" influenced by Jaws, "The Manor" for Army of Darkness, "Perfection Valley" for Tremors, and "No Vacancy" for Alfred Hitchock's Psycho.
back to top