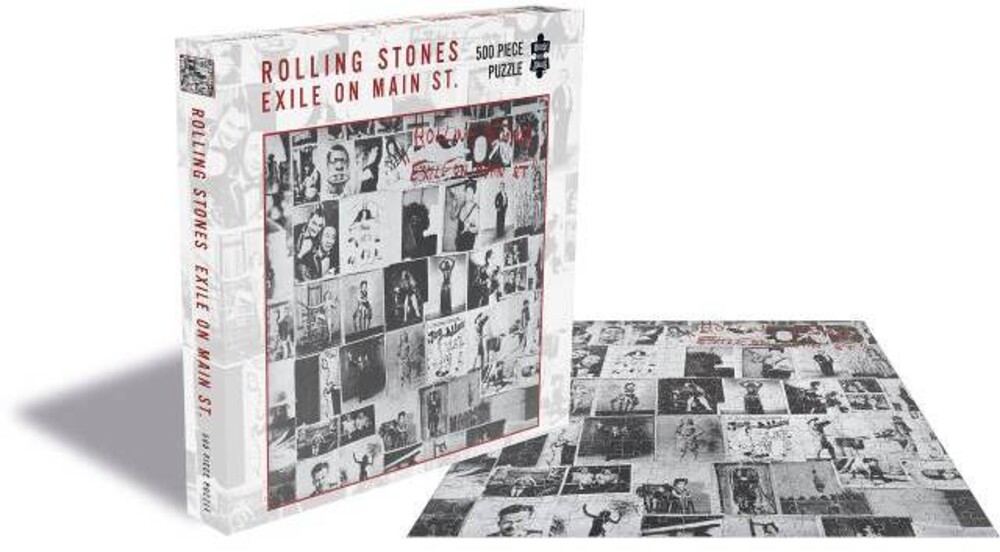 Exile On Main St.' is the tenth studio album by English rock band the Rolling Stones, released as a double album on May 12, 1972. The album was written between 1969 and 1972. Many tracks were recorded between 1969 and 1971 at Olympic Studios and Mick Jagger's Stargroves country house during sessions for their prior album, 'Sticky Fingers'. 'Exile On Main St.' was an immediate commercial success, reaching No. 1 worldwide just as the band embarked on their celebrated 1972 American tour. The album has become viewed as the band's greatest and was ranked 7th on Rolling Stone magazine's 2012 list of the 500 greatest albums of all time. The album cover image, an outtake from documentary photographer Robert Frank's seminal 1958 book The Americans, is a collage of circus performers and freaks. Mick Jagger wanted an album cover that reflected the band as "runaway outlaws using the blues as it's weapon against the world", showcasing "feeling of joyful isolation, grinning in the face of a scary and unknown future". The album artwork is now available as a 500 piece jigsaw puzzle printed on high quality board. 500 pieces, Weight: 490g, Jigsaw size: 39cm x 39cm, Box size: 30.9cm x 30.9cm x 2.8cm