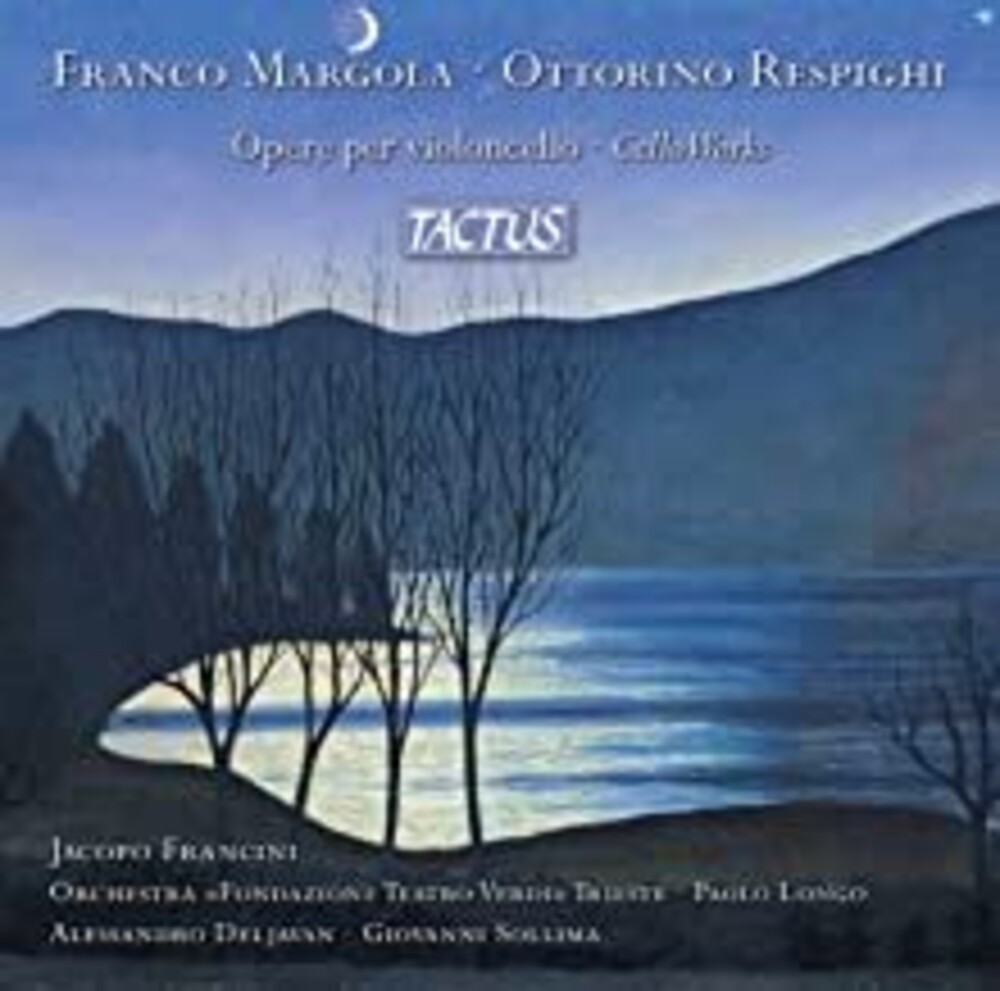 After the opera omnia for piano (tc.901380) and the concert and chamber production (tc.901390), the record production dedicated to Franco Margola continues with this CD including works for cello. A particularly interesting figure in the panorama of the musical history of the twentieth century, Margola is a direct descendant of that neoclassical movement to which the "generation of the Eighties" belonged, in which he was able to express his talent more fully and to which he remained faithful even after a period of dodecaphonic experimentations. The protagonists of this recording are Jacopo Francini on solo cello, accompanied by Alessandro Deljavan on piano and by the Orchestra of the Teatro Verdi in Trieste, directed by Paolo Longo, with the participation of Giovanni Sollima in the duets for two cellos. At the end of the CD, the famous adagio with variations by Ottorino Respighi, one of the most loved and performed pages of the cello repertoire, thanks to it's great lyrical inspiration.