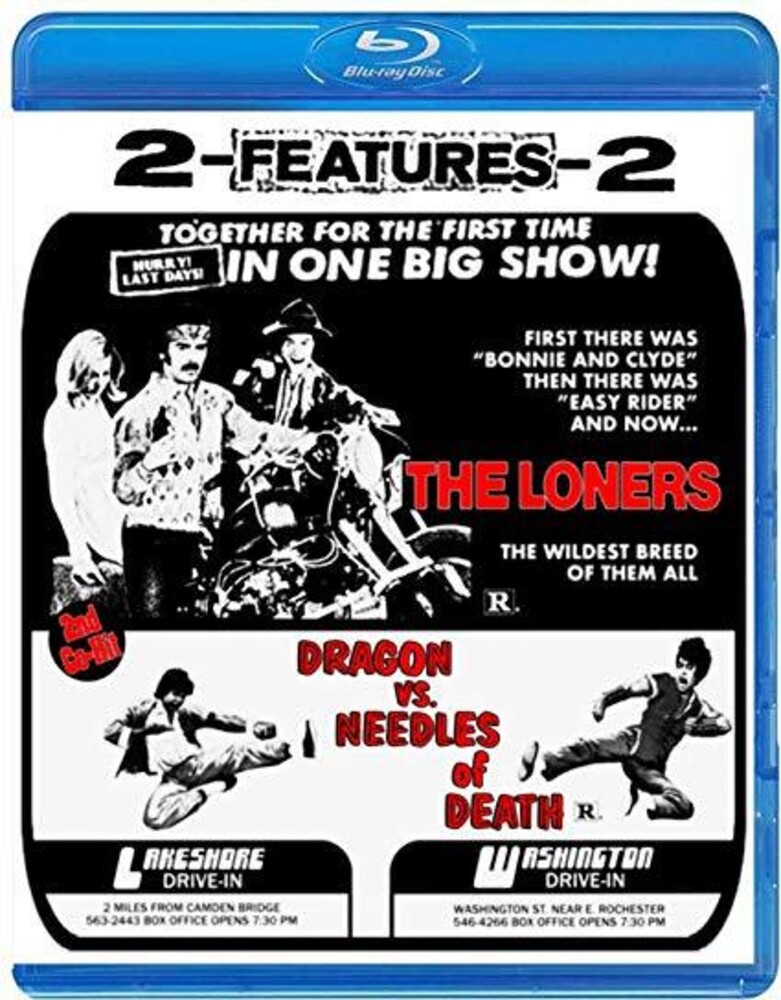 Loners + Dragon Vs Needles Of Death

THE LONERS: On his motorcycle Stein (Dean Stockwell), a half-blood Indian, tries to stay out of the hands of the police, who are chasing him for accidentally killing a cop. Together with his friend Alan (Todd Susman) and a beautiful but desperate girl (Patricia Stich), Stein will get involved in a robbery and more death. The police intensify the search, but the three won't give up that easily. DRAGON VS NEEDLES OF DEATH: A young man joins a kung-fu academy but fails to fit in. He soon runs off with the master's daughter and becomes a salt smuggler. He ends up joining with the school's top fighter - his former rival - against a local mob leader. Kung-Fu craziness abounds in this martial arts outing. The title needles are murderously effective projectiles shot from the wristbands of opponents, and only the most adept martial artists will be able to defeat the enemy