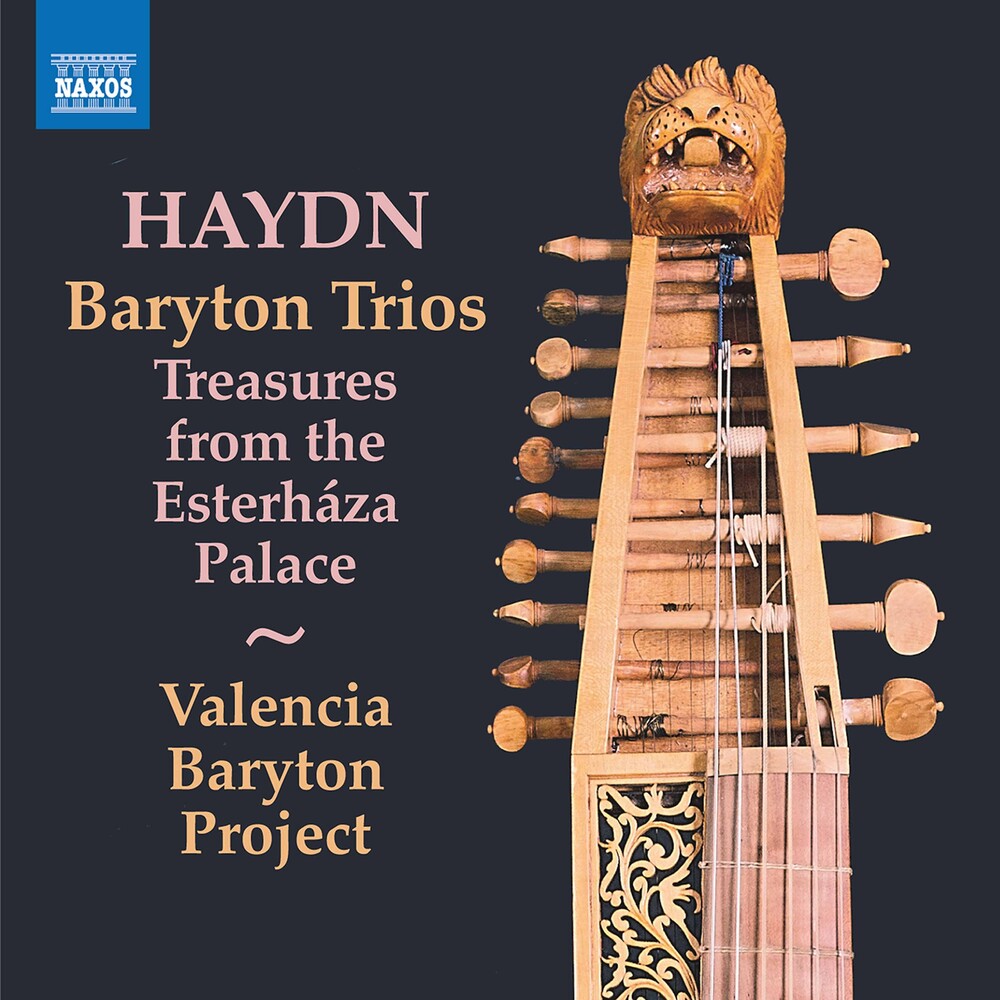 Much of Franz Joseph Haydn's long career was in service as a court musician to the wealthy Esterh├ízy family. It was early in Haydn's time at the Esterh├íza palace that Prince Nicolaus took a liking to the hypnotic sound of the baryton - a bowed instrument with an extra set of strings that vibrate sympathetically or are plucked for tonal contrast. The baryton was considered the pinnacle of 18th-century aristocratic instruments, and the outstanding beauty of Haydn's trios represent it's final renaissance, placing this remarkable antique firmly into the poised and tasteful Classical style of the day. The Valencia Baryton Project comprises musicians from the Palau de les Arts Reina Sof├şa opera house in Valencia and the Op├ęra Orchestre National Montpellier, who came together with the vision of performing the almost 160 works by Joseph Haydn written for the baryton, a cross between a viola da gamba and a lirone. At the heart of the ensemble is the traditional baryton trio - baryton, viola and cello - for which Haydn wrote 123 works of outstanding beauty during his time as court composer for Prince Esterhazy of Austria. Members of the Valencia Baryton Project have performed in chamber ensembles including Quarteto Radam├ęs Gnattali, the Elan Quintet, Gogmagogs and Trio Vanguardia and with orchestras including the RTVE Symphony Orchestra, the Philharmonia Orchestra, and the BBC Philharmonic. The Valencia Baryton Project is the first ensemble to record the baryton for Naxos.
back to top