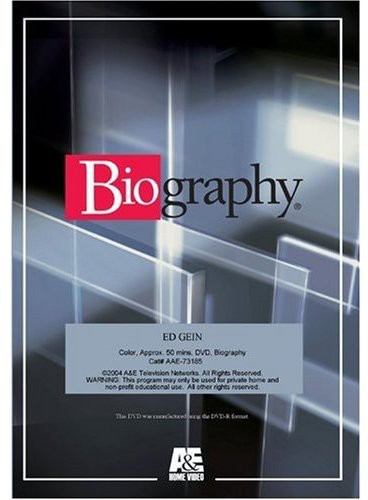 His depredations inspired immortal horror films like Psycho, The Silence of the Lambs and The Texas Chainsaw Massacre. The real story may well be worse than any of the imitations. BIOGRAPHY probes the darkest recesses of humanity with an extraordinary portrait of the killer Ed Gein. When investigators were finally led to his farmhouse, they found a scene out of Dante: a freshly killed, decapitated and gutted body hanging by it's feet, furniture adorned with human skulls and skin and a cupboard filled with serving pieces made from the remains of his victims. Drawing from Gein's official police and correction records, interviews with people like the supervisor of the institution where he was held and his former neighbors, and clips of the films that immortalized him, this is an unforgettable profile of one of the most disturbing killers in history.
back to top