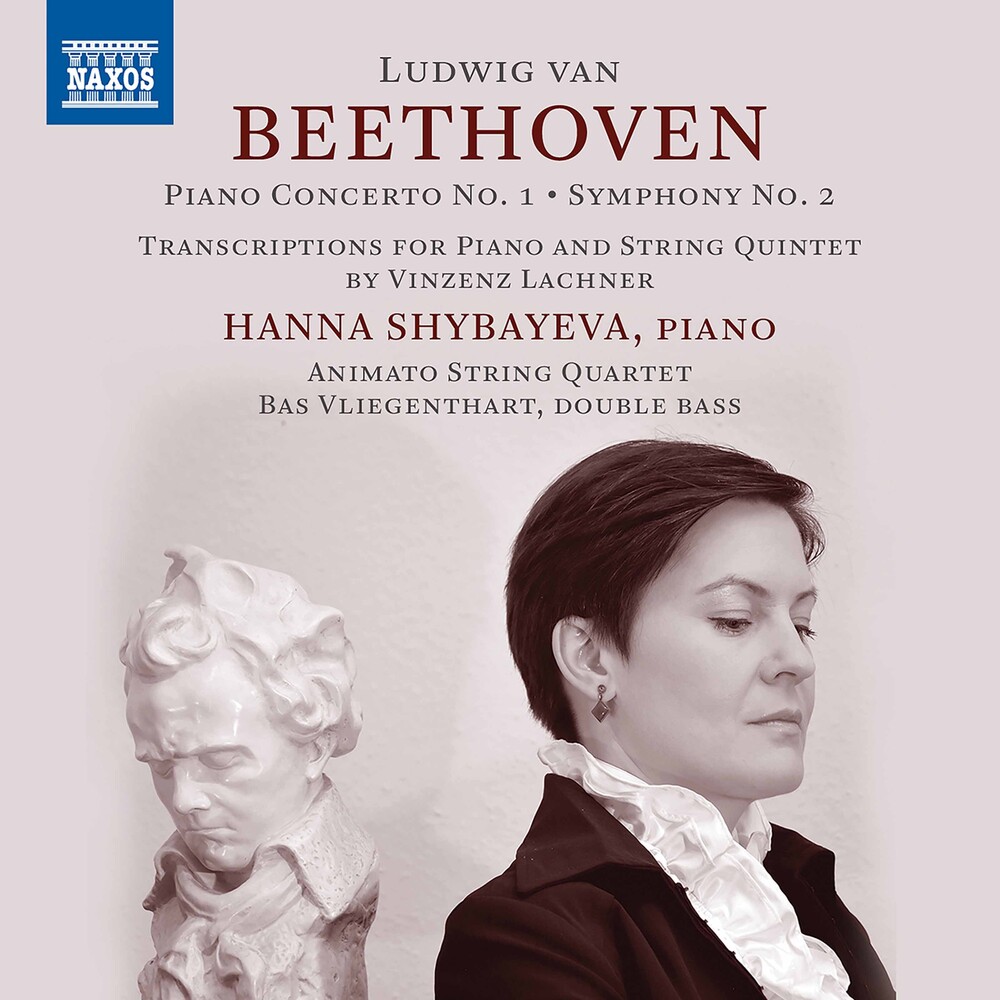 The first volume (8.551400) with Vinzenz Lachner's arrangements of Ludwig van Beethoven's Piano Concertos for piano and string quintet already showed that this would be quite a special complete recording of Beethoven's piano concertos - and not just because it is the first recording to present this version for the first time ever. For the second volume, Hanna Shybayeva chose the piano trio version of the second symphony in D major Op. 36 to be added in the arrangement by the master himself. After all, this chamber music arrangement from Beethoven's pen fits perfectly with those of the piano concertos of later times. Having begun her international career at the age of eleven, Hanna Shybayeva has transformed from a child prodigy to a mature and exciting musician. She won many international prizes and performed at many festivals, as well as giving solo recitals and concert-performances with orchestras around the world. Shybayeva was awarded grants from UNESCO/New Names (Moscow), the George Soros Foundation, the Vladimir Spivakov International Charity Foundation, the Youri Egorov Foundation, Yamaha Music Europe and the Prince Bernhard Culture Fund. Her many recordings include a collection of Tango pieces on the Grand Piano label (GP794).