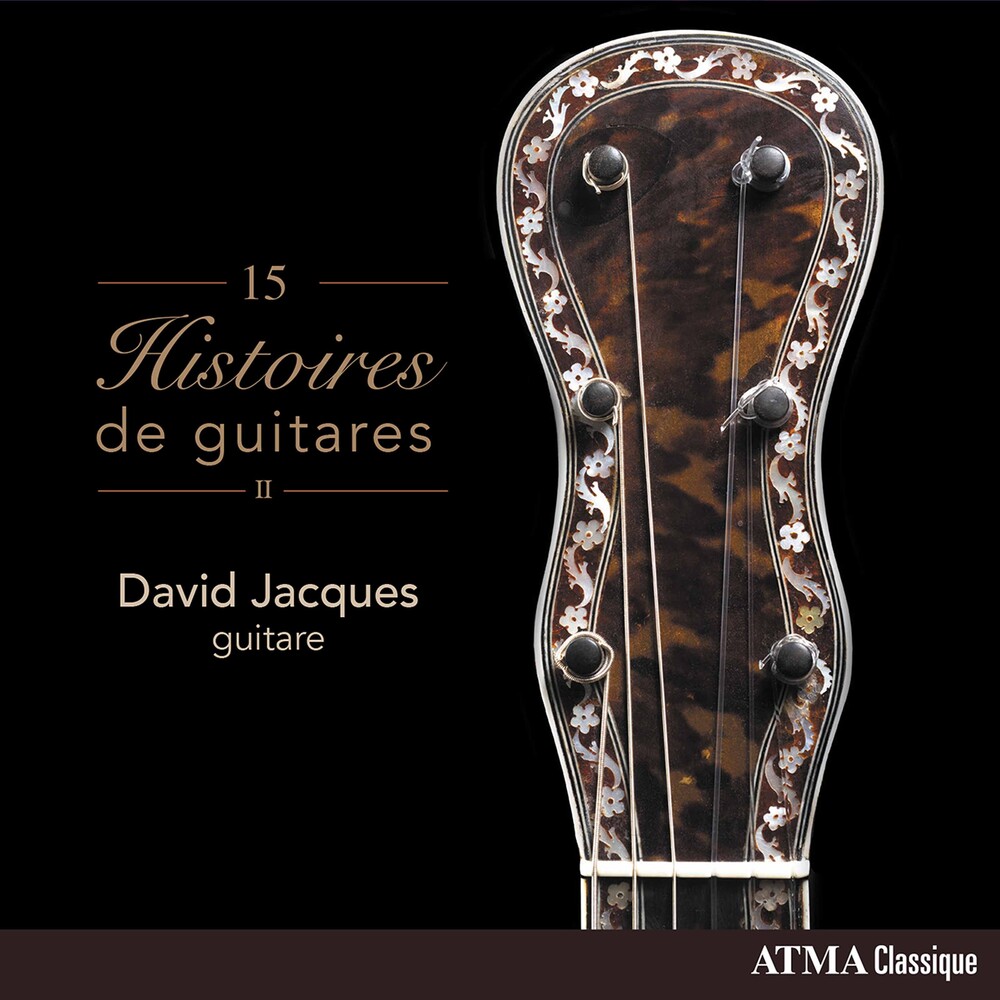 At the beginning of the 19th century, the composer and guitar-maker collaboration enriched the guitar with a variety of models, materials, and techniques. At the time the guitar was "the fashionable instrument," a must in music halls and European courts. In this second volume of guitar stories, guitarist David Jacques brings together 15 instruments made by the best luthiers of the 19th century. These rare guitars are part of his important private collection. Originally from Saint-Georges de Beauce, Quebec, David Jacques holds a doctorate in early music performance (D. Mus. Guitars and lutes) from the University of Montreal. He first studied classical guitar at CĂ©gep de Sainte-Foy, Laval University and the Conservatoire de musique de QuĂ©bec. He has collaborated on more than 50 recordings on the XXI-21, ATMA, Oz and Analekta labels, many of which have been nominated for ADISQ, JUNOs, Opus Awards and ECHO Classiks.