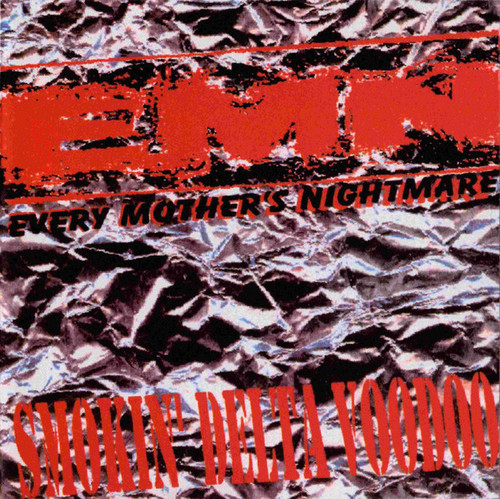 Digitally remastered and expanded edition of this 2000 release. Smokin' Delta Voodoo contains some of the best songwriting from Every Mother's Nightmare founder Rick Ruhl. Smokin' Delta Voodoo was remastered by Anthony Focx (Cage & Focx, Beautiful Creatures) and contains 16 tracks and all new artwork. Forming in the early '90s, Every Mother's Nightmare is no stranger to the music scene. After quickly arriving on the Memphis rock scene, word spread about their energy-packed live performances gaining them the attention of Clive Davis (Arista Records). After signing with Arista, Every Mother's Nightmare became staples on MTV's Headbanger's Ball. The band received a great deal of national press and toured, promoting the first two albums, allowing them the chance to open for bands such as Cheap Trick and Dream Theater. They performed many headlining shows, drawing in large crowds and selling out venues. Every Mother's Nightmare has been featured in hundreds of hard rock magazines both nationally and internationally like Metal Edge.