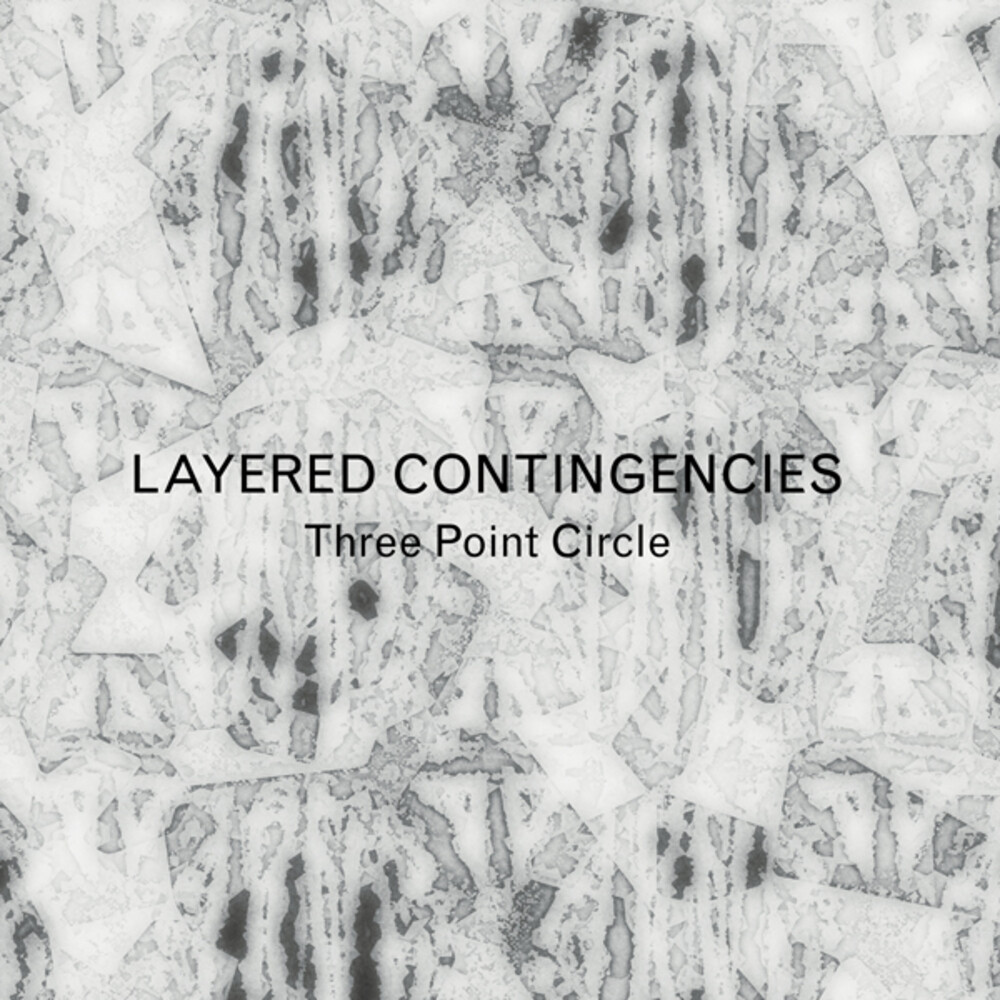 The origins of Three Point Circle go back to 1980, when K. Leimer, Marc Barreca, and Steve Peters met for two sparsely-attended shows in Olympia, WA. Some forty years later, they have regrouped as Three Point Circle. Perhaps better described as a process than as a musical group, Three Point Circle has developed a collaborative system that replaces standards of improvisation and authorship with a new, independent, compositional identity removed from the individual habits and traits of the members. Layered Contingencies presents the first results in this quest for uncertainty-five long form pieces of sharp and smooth contrasts taking place in a soundstage of rest, unrest, shallows, and depths that manage to maintain an unpredictable coherence.