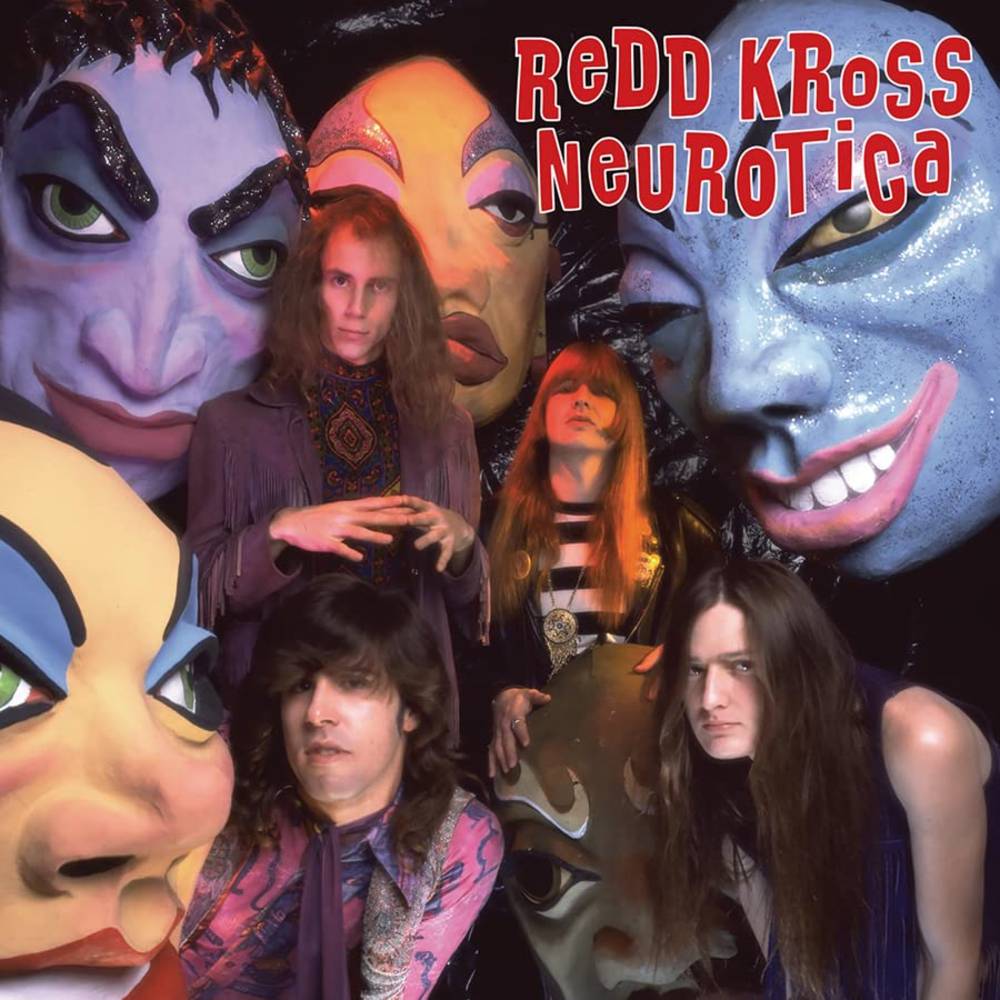 Double LP housed in gatefold jacket with printed sleeves. LP1 (full album) on translucent turquoise color vinyl / LP2 (demos) on translucent orange. Full album download included. Merge Records is thrilled to release the 35th anniversary edition of Neurotica, the 1987 power pop and alternative rock opus by Redd Kross. This reissue will be available worldwide on a single CD or color vinyl 2-LP on June 24, 2022. Both formats include the original album, remastered by JJ Golden (Pearl Jam, Thee Oh Sees), as well as 12 previously unreleased demos from the era (rediscovered recently in the archives of the band’s original A&R guy, Geoffrey Weiss). The double vinyl edition—the album on translucent turquoise, the demos on translucent orange—arrives in a slick gatefold jacket. In some ways, Neurotica can be viewed as a This Is Your Life–esque document of what brothers Jeff McDonald and Steve McDonald had been working towards creatively since starting Redd Kross in their Hawthorne, CA, living room circa 1978. The songs quake with punk rock fury, no doubt about it… I mean, how could they possibly have shaken off all that untamed energy of their early years (the Red Cross years, one might call them) after it helped build such a strong foundation for Southern California hardcore punk & DIY culture (and, arguably, indie rock as a whole) alongside bands like Black Flag, Circle Jerks, and Descendents? But that fury is only one part of the Neurotica formula. To find the other parts, you’d have to go back to the early- to mid-’70s when the McDonalds, then adolescents, lived for nothing but Saturday morning cartoons, sugary cereals, bubblegum pop singles and Beach Boys LPs, Partridge Family TV specials, and the bombastic arena-rock guitars of acts like KISS and Cheap Trick. Whereas classic ’60s/’70s radio and pop culture schmaltz served as fodder for most self-respecting punk rockers of the time to sneer at (even if they secretly were fans), it formed a tremendous part of the Redd Kross DNA. The band wore these influences on their day-glo sleeves and didn’t really care who was offended. The McDonalds enlisted a grand crew of musicians that included guitarist Robert Hecker, keyboardist Paul Roessler (Screamers, Nervous Gender), and Roy McDonald (The Muffs) on drums. And in the producer’s chair guiding the young bucks? Tommy Erdelyi, aka Tommy Ramone, one of the originators of punk rock melody. Unshakeable hooks would inspire rave reviews at the time of the album’s original release in 1987. The L.A. Times’ Craig Lee wrote: “In an age when too many bands base their music either on calculated career moves or heavy-handed pretensions, Redd Kross is as breezy as a kiss in the wind, a band born to rock in a world that forgot how.” Plain and simple, Neurotica is just a fantastic piece of art. Unsurprising that something of this caliber would hatch from the minds of two brothers who changed the face of punk rock before they were old enough to drive a car, and the face of alternative rock before they were old enough to rent one.
This website uses cookies to personalize content and analyse traffic in order to offer you a better experience.
I accept Learn More
back to top