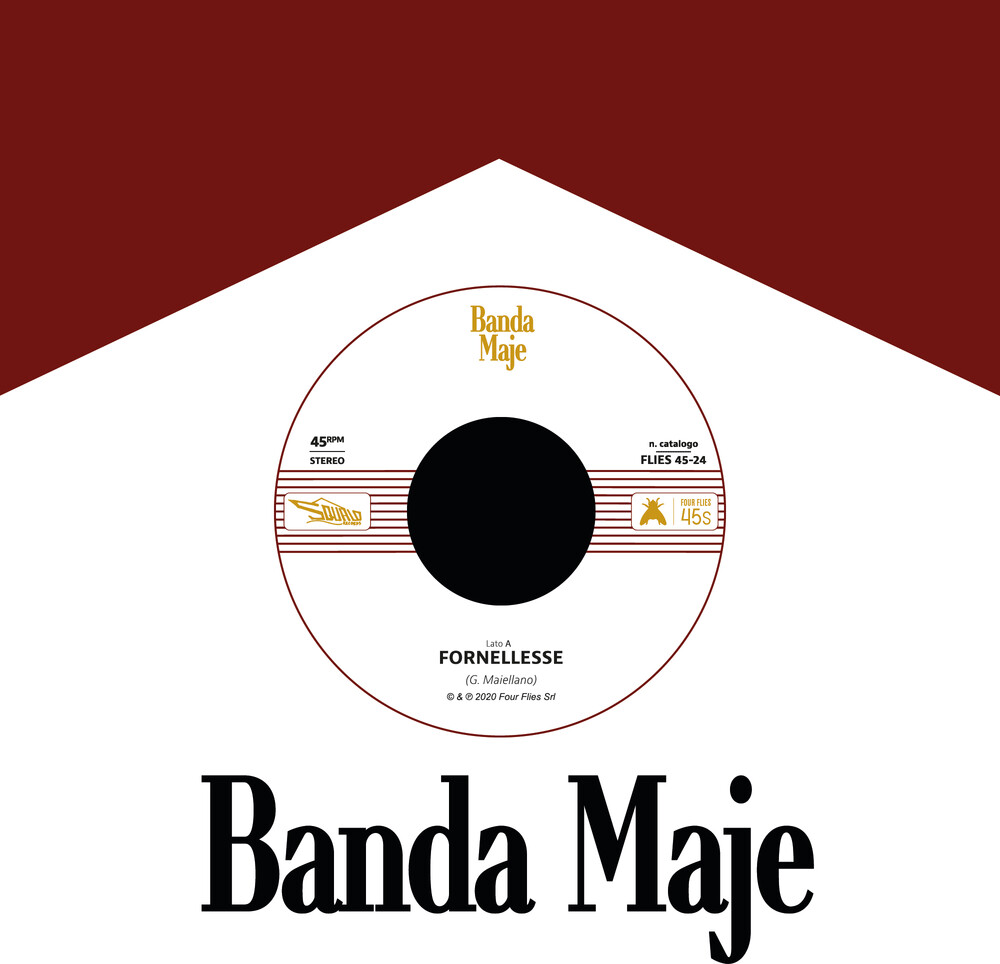 More a family than a band, Banda Maje formed in a home studio in the historic district of Salerno, in Southern Italy, on the initiative of Peppe Maiellano (composer and keyboards) and Tonico Settanta (producer, rapper and DJ). The collective has an ever-changing number of members, all of whom - a bit like the lively port city they are from - exist at the crossroads between Italian melodies and imported genres like funk, soul and disco. With a strong cinematic feel and an infectious funk groove, Banda Maje's first single 'Fornellesse' is a great introduction to their forthcoming debut album 'UFO Bar', which transports you to a version of Salerno that combines local tradition and 70s pop and film culture. The song is inspired by a real event from the late 19th century, when the traditional procession of Saint Matthew was banned by the city's mayor. In an act of rebellion against the ban, the 'Fornellesse' - i.e., the women who lived in the Rione Fornelle, one of the oldest neighborhoods in Salerno - stole the statue of the saint and, like modern wonder women, carried it themselves in procession among a jubilant crowd. The single's B-side is a live cover of the opening titles from Ennio Morricone's soundtrack to the 1981 Italian comedy 'Bianco, Rosso e Verdone' (directed by Carlo Verdone and produced by Sergio Leone) - a respectful tribute to the greatest Italian film composer of all times, and to a film that has shaped the imagination of many Italians. Welcome to the sound of... Salifornia!