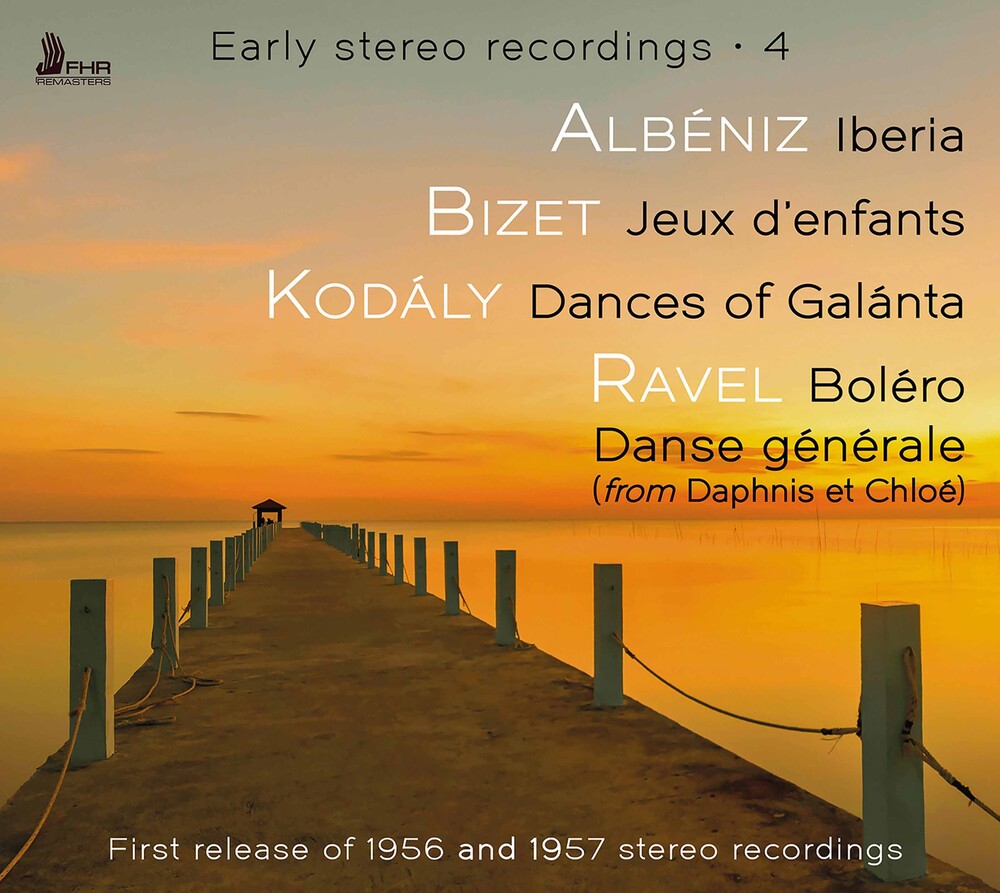 This is the fourth of at least five volumes of EMI early stereophonic recordings, released in a joint venture with the Archive of Recorded Sound (ARS). EMI started to record in stereo in 1954 and all the recordings in this series are from this historic period of recorded music. All the releases will appear for the first time in some form and feature many of the greatest classical artists of the time. With the exception of the Petite Suite, which was issued on a short-lived CDR transferred from the HMV stereo 45rpm extended play RES 4252, all the recordings in this volume are released in stereo on compact disc for the first time. BolĂ©ro, Dances of GalĂˇnta and the Danse gĂ©nĂ©rale from Daphnis et ChloĂ© - Suite No. 2 are released in stereo for the first time in any format. Iberia and the Petite Suite have been transferred from the respective HMV 7Â˝ ips stereosonic open reel tapes. Whereas for the 1959 stereo EP release of the Petite Suite the orchestra is correctly identified as the Royal Philharmonic Orchestra, the stereosonic tape, first issued in 1956, opts for The Glyndebourne Festival Orchestra, the name used for recordings made with the RPO when it was the Festival's resident summer orchestra. Daphnis et ChloĂ© - Suite No. 2 was recorded on the 4th and 6th August 1955 and on 28th May 1956. The extensive August 1955 Kingsway Hall sessions, ending on the 18th, yielded published stereo versions of Brahms' Symphony No. 3, Schubert's Symphony No. 8 and Mozart's Ein musikalischer Spass, K522, but only the Danse gĂ©nĂ©rale from Daphnis et ChloĂ© appears to have survived in stereo, from the May sessions.