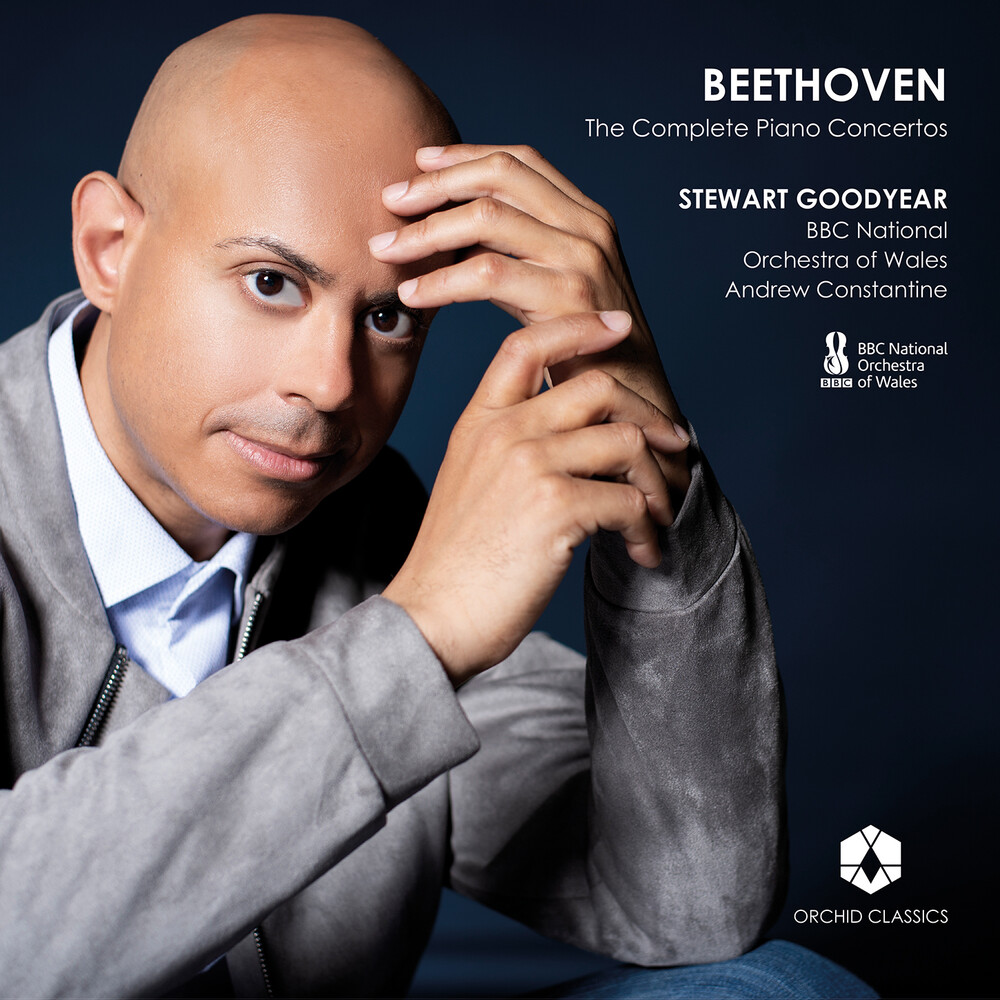 Following the success of his previous Orchid Classics albums, Stewart Goodyear returns with his spirited, insightful interpretation of the complete Beethoven Piano Concertos, recorded with Andrew Constantine conducting the BBC National Orchestra of Wales for a release that coincides with Beethoven's 250th anniversary year. Goodyear made his Orchid debut with an album of Ravel's solo piano music, hailed as "a major achievement" (Classics Today). More recently, his sensational album with Chineke! Orchestra and Wayne Marshall featured Goodyear's own music alongside Gershwin's Rhapsody in Blue, the performance of which earned 5 stars in BBC Music Magazine. Now, Goodyear returns with perhaps his most ambitious recording yet: the complete Beethoven Piano Concertos. There is the Haydnesque wit of the Piano Concerto No.1, with it's exquisite Largo; a pared-down, Mozartian orchestra for the Concerto No.2 with it's playful 'Turkish' finale; and in the Concerto No.3, premiered alongside the Fifth Symphony, Beethoven establishes a new intimacy between soloist and orchestra. This relationship reaches new depths in the intricately-linked Piano Concerto No.4, and the set culminates in the majestic 'Emperor' Concerto, No.5.