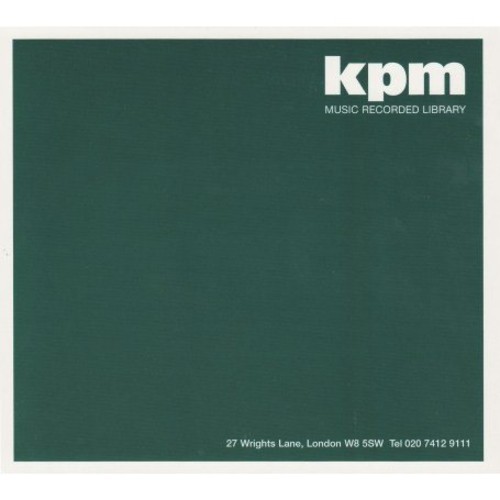 Who better to follow up the greatest of all library LPs (The Big Beat/ KPM1044) than Alan Moorhouse, a twisted genius whose musical output clearly proves that he couldn't have given a monkey's what anyone thought of him. From unlistenable marching band versions of Chirpy Chirpy Cheep Cheep, to an entire album of demented Tijuana styled hymns to the hard hitting funk of his work for KPM, Moorhouse would surely have shocked and amazed us with more musical mayhem had his life not been tragically cut short at the end of the 1970s.Originally released 1970 as KPM1067, The Big Beat 2 has some mighty shoes to fill but effortlessly delivers the goods and in some ways it even betters it's more illustrious predecessor. The decidedly Meters-esque Pop Pastime, the classic Expo In Tokyo and the ridiculously heavy drum break at the start of Soul Skimmer would be enough to make most record collectors hand over a weeks pay, but add the hard rocking Heavy Bopper and mind bending Psychodale and you have an album that can carry the Big Beat name with pride.