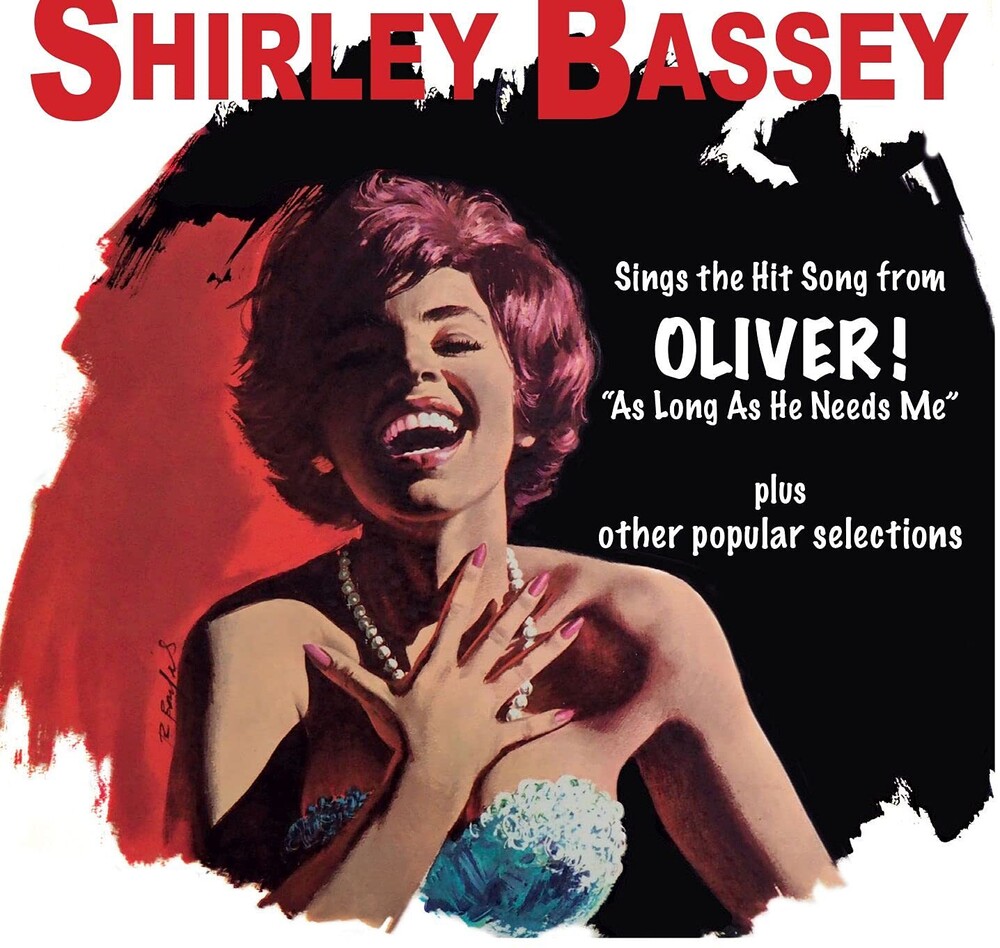 Dame Shirley Veronica Bassey, DBE is a Welsh singer, whose career began in 1953, well known for her expressive voice and for recording the soundtrack theme songs to the James Bond films Goldfinger (1964), Diamonds Are Forever (1971), and Moonraker (1979). In January 1959, Bassey became the first Welsh person to gain a No. 1 single. This is the same album as Let's Face The Music And Dance (1962) retitled and with one track removed (I Can't Get You Out Of My Mind) and replaced with As Long As He Needs Me. This is the sixth Shirley Bassey studio album, released in 1962, and arranged by Nelson Riddle. Kenneth Hume, Shirley Bassey's husband and manager wrote the sleeve notes for this album, in which he gives an insight into how this album came to being: "When Vic Lewis booked Nelson Riddle for a tour with Shirley, we were all very excited; being great fans of Nelson Riddle's from way back... so when someone suggested them doing an LP together, we thought that this would not be possible, remembering that Nelson was under contract with another recording company." Nelson Riddle was under contract to Capitol Records at the time, so Bassey's producer Norman Newell went about to secure his services for an album. While on the tour, Bassey, Riddle, and Bassey's music director Raymond Long discussed what form the album should take. Shortly after the tour was completed, the recording sessions began.
back to top