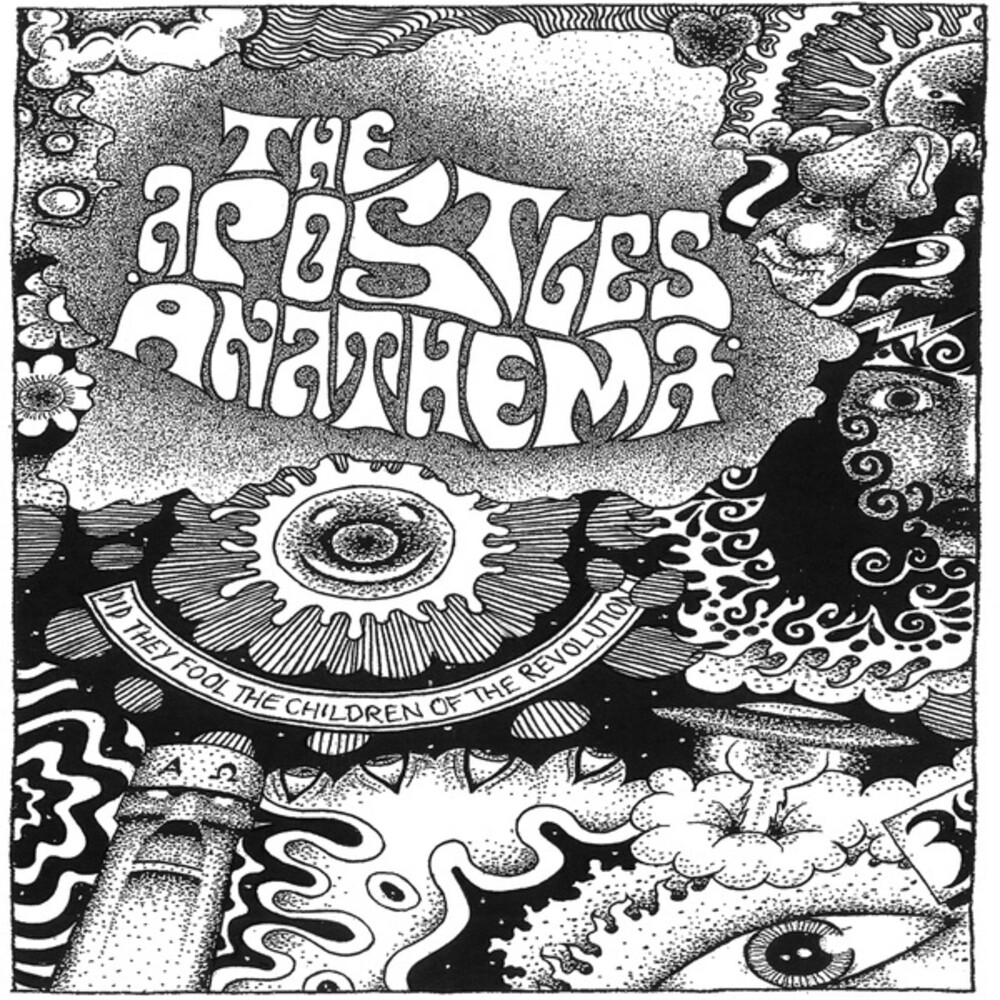 The year is 1986 and The Apostles are in full flow with three albums - Punk Obituary on Mortarhate Records, The Lives and Times of the Apostles on Children of the Revolution Records, and How Much Longer? on Acid Stings, plus a split 7" with Joy of Living on Fight Back Records - but the one that no one could find was the split 7" with Anathema, again on Fight Back Records. That's because it never came out. Test pressings were made and given to the bands to approve but it just never happened. Nothing sinister and no reason - it just sat there and never made it over the line. 33 years later, Inflammable Material finally release the six-track EP on a 12" with a fanzine. And Anathema from New Malden, Surrey finally get their first release on vinyl. Anathema deliver two tracks of tuneful anarcho punk with some tight guitar work including some screeching solos and passionate vocals whilst on the flip The Apostles offer four tracks of their usual primal and chaotic work including the fantastic track "Punk Squat" which is just drums and vocals and some of the best lyrics of the era. Comes with a 60cmx60cm poster-pullout with all the original artwork that the bands could salvage, plus a special collaborative 32-page fanzine from the makers of Negative Insight and Defiant Pose that talks to the myriad bands who had releases planned on Mortarhate/Fight Back Records which never came to fruition. Interviews with/pieces on Another Destructive System, Anathema/The Apostles, Antisect, Arch Criminals, Avskum, Chaos, City Indians, Class War, Cyanide Scenario, Eat Shit, Varukers, and Virus. 350gsm reverse board sleeve; A4 sheet; stickered poly bag, band logos drawn by Nicky Rat.