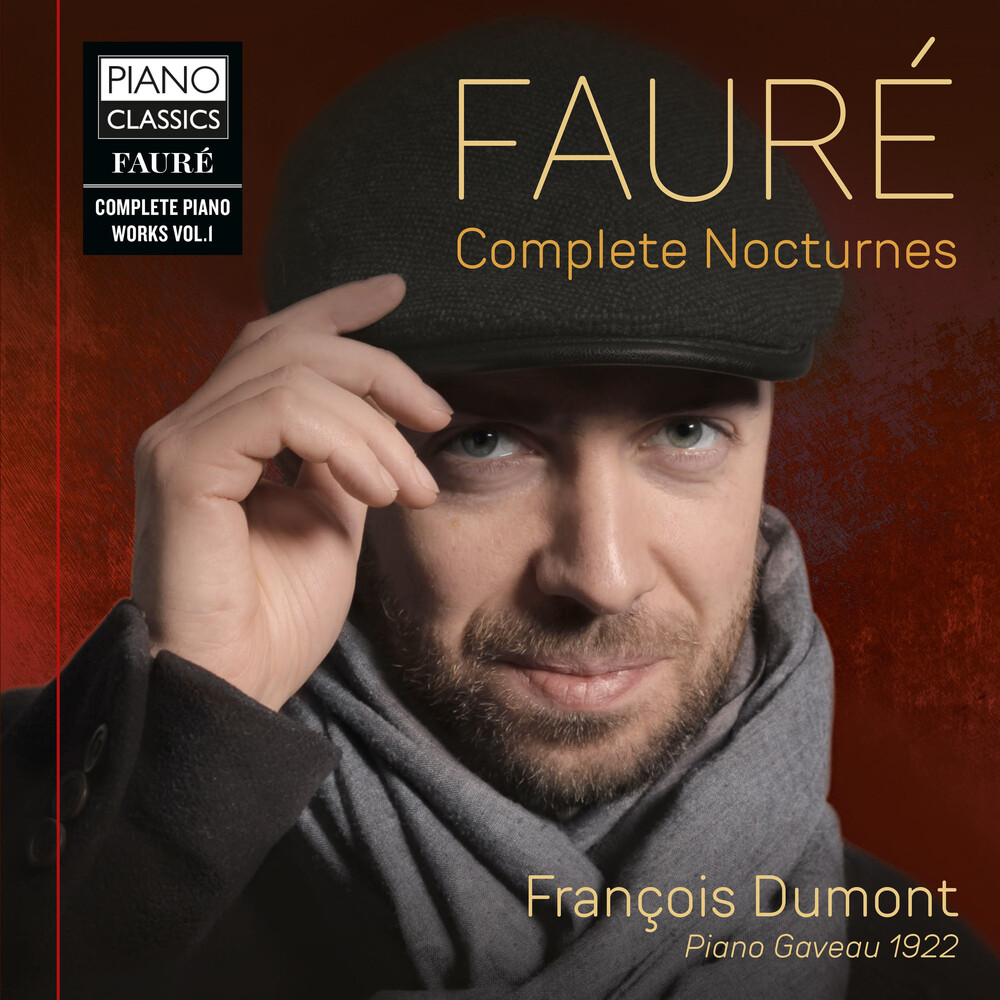 Recording Ravel's piano music for Piano Classics, the pianist FranĂ§ois Dumont won glowing reviews for performances to the manner born. 'There is much to envy and admire in Dumont's lucid and refined performances. He is ideally sensitive and accurate in 'Le gibet' (Gaspard) in a manner that would surely have won Ravel's admiration. Cool, elegant and affectionate... you will never catch him playing for effect, always respecting the composer's wish that his music should be played rather than interpreted.' (Gramophone) Dumont now brings his polished technique and refined musicianship to bear on music less frequently encountered in the concert hall but no less sophisticated, and often imbued with the most profound melancholy, the Nocturnes of FaurĂ©. A previous set of the Chopin nocturnes also won golden opinions for Dumont's exquisite touch - the French high-fidelity magazine On-Top Audio rated it among the finest cycles on record - but FaurĂ©'s universe is, if anything, even more private, more overtly expressive than Ravel's watchmaker delight in textures, yet flowing with undercurrents of troubled modernity. Composed over almost half a century, one by one unlike Chopin's sets, FaurĂ©'s Nocturnes display the composer's style in evolution, from the apparent spontaneity and relatively carefree tone-pictures of the early pieces to the unfathomable interior world of the late works. FaurĂ© himself had no special attachment to the genre, nor was he especially concerned to paint night-time moods and scenes. Rather, he poured into the genre many of his own private concerns and passions as a composer, experimenting time and again with syncopated rhythms and with luminous harmonies in order to create a mood of serenity and nostalgia that is uniquely his own. Dumont's new recording is accompanied by a personal essay from the pianist in which we gain valuable insight into each Nocturne from the perspective of a performer immersed in the idiom. On this recording he plays a Gaveau piano from 1922.