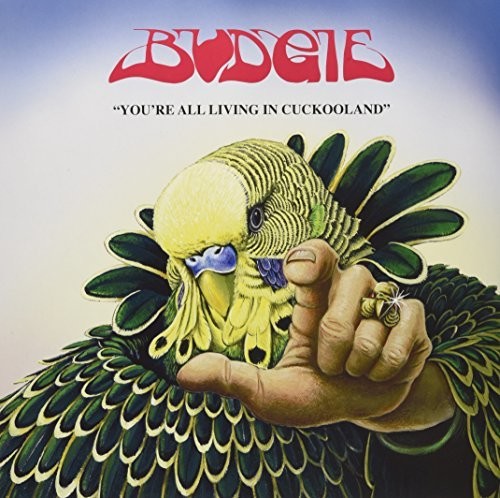 Vinyl LP pressing of this album from the Welsh hard rock band. You're All Living in Cuckooland is Budgie's 11th album. Released in November 2006, it is their first official studio album in 24 years. Budgie's music is often described as a cross between the progressive textures of Rush and the heaviness of Black Sabbath. Burke Shelley's vocals have been compared to Geddy Lee due to his similar approach of high-pitched banshee wails (incidentally, Shelley and Lee are also the bass players in their respective power-trio bands). Although Budgie remained quite obscure during their early career, many future stars of hard rock/metal have cited them as an important influence and covered their songs, including Iron Maiden, Metallica, Megadeth, Van Halen, Melvins, Queens of the Stone Age, Alice in Chains, and Soundgarden.