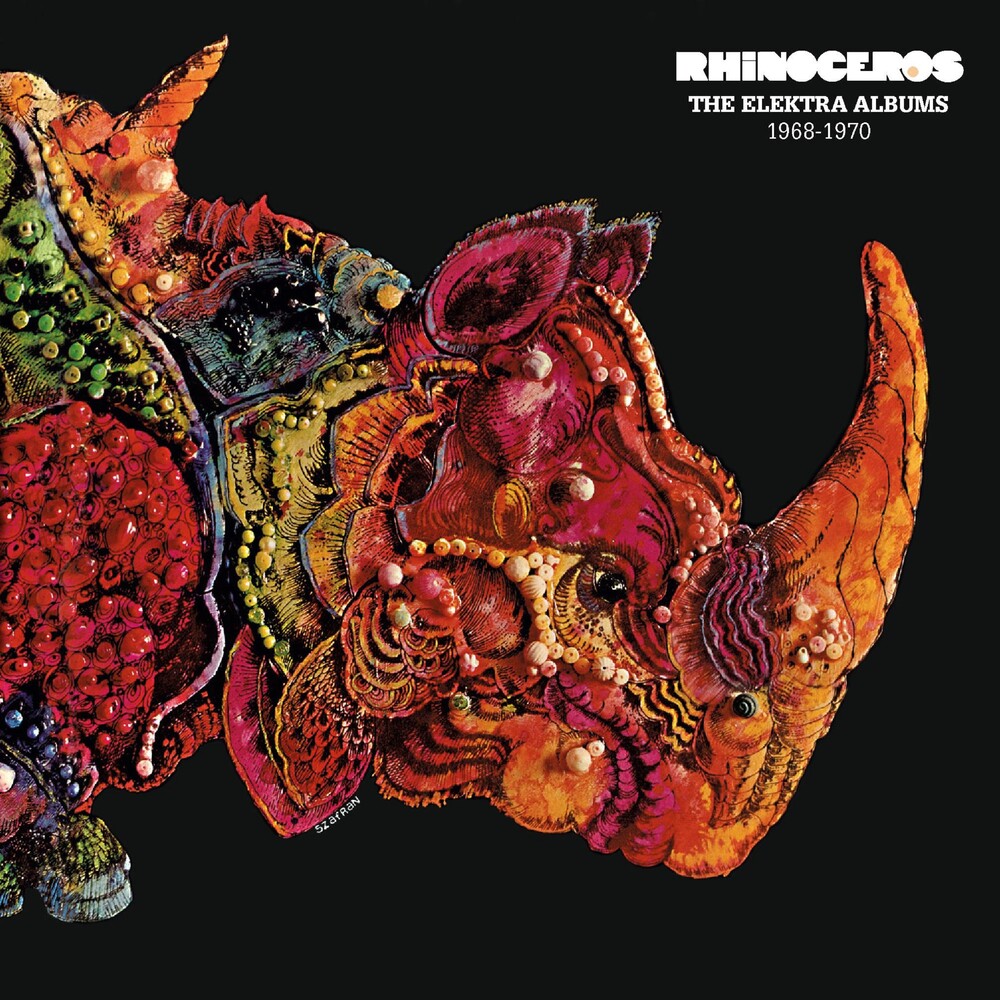 Three CD set. Digitally remastered set featuring all the albums recorded by Rhinoceros for Elektra Records between 1968 and 1970. The concept of Rhinoceros was a suggestion of celebrated producer Paul A. Rothchild. Because of his recent success with The Doors, Rothchild was given the freedom by Elektra founder Jac Holzman to suggest projects he felt had merit. With fellow producer Frazier Mohawk, he decided to assemble a new band from scratch, selecting some of the finest musicians in the Los Angeles area. Following a series of auditions, Rhinoceros came together to rehearse and record their debut album with a line-up of vocalist John Finley (ex-Jon & Lee & the Checkmates), guitarist Danny Weis (a founder member of Iron Butterfly), keyboard player Michael Fonfara (ex-Electric Flag), guitarist Danny Hastings, keyboard player and vocalist Alan Gerber, bassist Jerry Penrod and drummer Billy Mundi (once with The Mothers of Invention). Rhinoceros proved to be a fine band, absorbing rock, blues and soul influences and their self-titled debut album (produced by Paul Rothchild) appeared in 1968 to good reviews. This remastered 3 CD set gathers together for the first time the three albums Rhinoceros recorded for Elektra Records and features an illustrated booklet with exclusive new interviews with John Finley and Danny Weis and serves as a fine tribute to an unfairly overlooked band, who were a part of the American rock scene of the late 1960s.