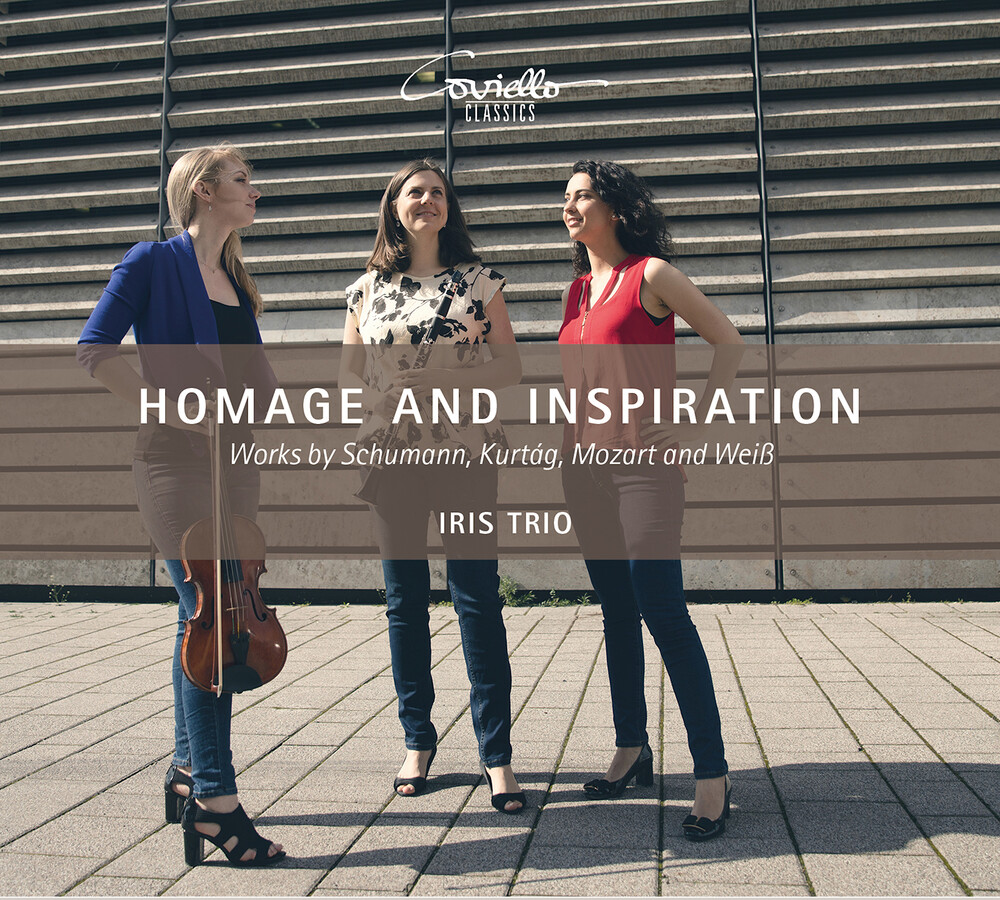 Praised for their "beauty of sound and striking expression" (Bremen Weser Kurier), the Iris Trio (clarinetist Christine Carter, violist Molly Carr, and pianist Anna Petrova), began working together during their years at the Juilliard School and the Manhattan School of Music. They performed their debut in 2013 at the German Consulate in New York City to a sold-out audience and were immediately invited to appear at the prestigious Mozartfest in WĂĽrzburg, Germany. The Trio subsequently gave the world premiere of Christof WeiĂź's Conversation Among Friends at the UNESCO World Cultural Heritage Residence Palace and were featured in Michael Wende & Andreea Varga's documentary, "MozartLabor." They have since performed extensively across North America and Europe. The Iris Trio's most recent project, Homage and Inspiration, pairs works by Schumann and Mozart with modern tributes to these master-pieces by GyĂ¶rgy KurtĂˇg and Christof WeiĂź.