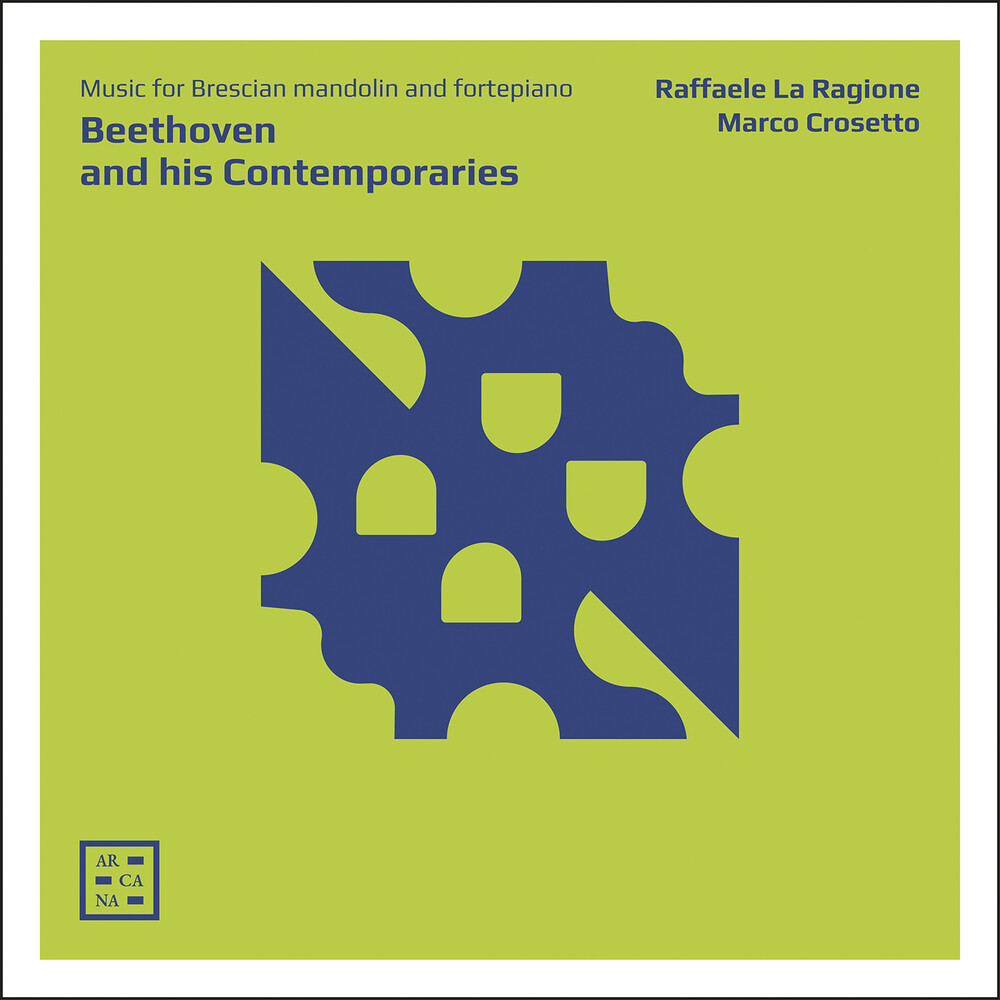 Ludwig van Beethoven went to Prague for the first time in 1796, accompanying Prince Lichnowsky, who introduced him to the city's foremost aristocratic families. One of these was the Clam- Gallas family, who played an eminent role in musical circles. It was here that Beethoven met Josephine Clary-Aldringen, an amateur singer and mandolinist who in 1797 married Count Christian Christoph. It was to her that Beethoven dedicated a number of pieces for mandolin and piano that feature in this recording, along with two interesting sonatas by Johann Nepomuk Hummel and Bartolomeo Bortolazzi, originally composed for the same combination of instruments. Neapolitan mandolinist Raffaele La Ragione has already made several recordings of mandolin music, and this is his first release with the Arcana label. Marco Crosetto, the founder of the ensemble La Vaghezza, is a Turin-based harpsichordist who in 2018 reached the semi-finals of the famous Musica Antiqua international competition in Bruges. The result of an in-depth study of the original sources, this selection of Beethoven's lesser-known works constitutes a fitting and original contribution to the 250th anniversary celebrations.