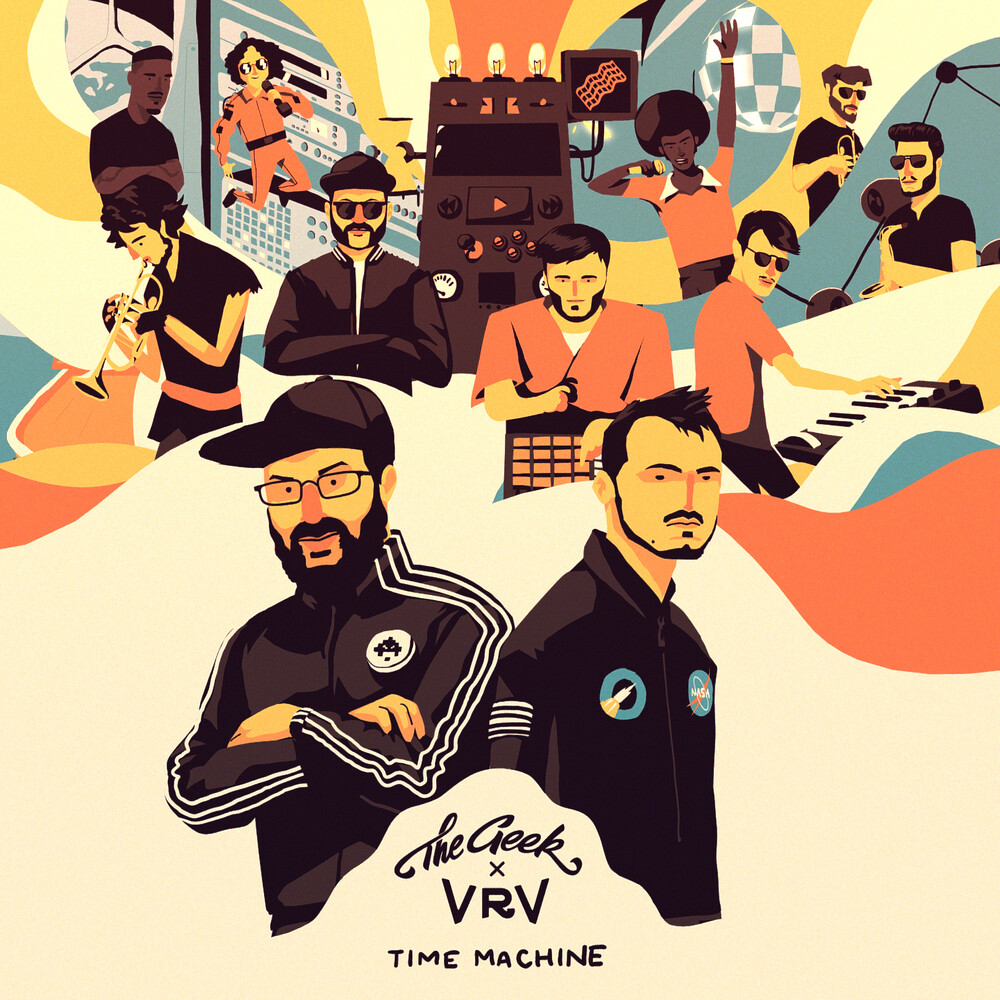 For The Geek and VRV, everything is a matter of time. Since they first met six years ago, the two beatmakers have been broadcasting their music to the four corners of the world, and their collaboration is as strong as ever after the years. Vanguards of the French instrumental hip-hop scene, they're coming out today with their first album, Time Machine, a synthesis of the sounds and the ideas they've been working on from the very beginning of their careers. A trip back through time, as it's name suggests, demonstrating the range of sound possibilities that they created in previous projects and on their international tours. The release of their hit "It's Because" in 2013 launched them on the scene as French producers who managed to break into the United States, with sampling as their musical base. Closer to home, the Coachella, Osheaga, and Solidays music festivals were won over by the pair's complementarity, which made the success of their BTOS beat tapes and their EPs, Electric City and Origami. But since everything is a matter of time, it was sometimes necessary to just let things go, take a break and think things over before coming back even stronger. A year and a half ago, The Geek and VRV started to slow things down, in order to take a step back and concentrate on this new album. With one overriding idea: to explore different eras and time periods, and transpose them into our modernity. Each trackis associated with a pivotal year in music. With "Paris Jazz Club 1920", the first single on the album, we're plunged into the cozy atmosphere of the cabarets, featuring the virtuoso Montreal pianist Anomalie. A meeting made possible thanks to the famous beatmaker Gramatik, who was a fundamental inspiration for their music, and who is also present on the album, as well as the flagship producers Fakear and Mome. On Time Machine, The Geek and VRV have turned on their time machine to bring us to the year of James Brown's birth, and find the unstoppable groove of "Get Funky 1933". Always with hip hop in sight. The explosion of disco inspired them to record "