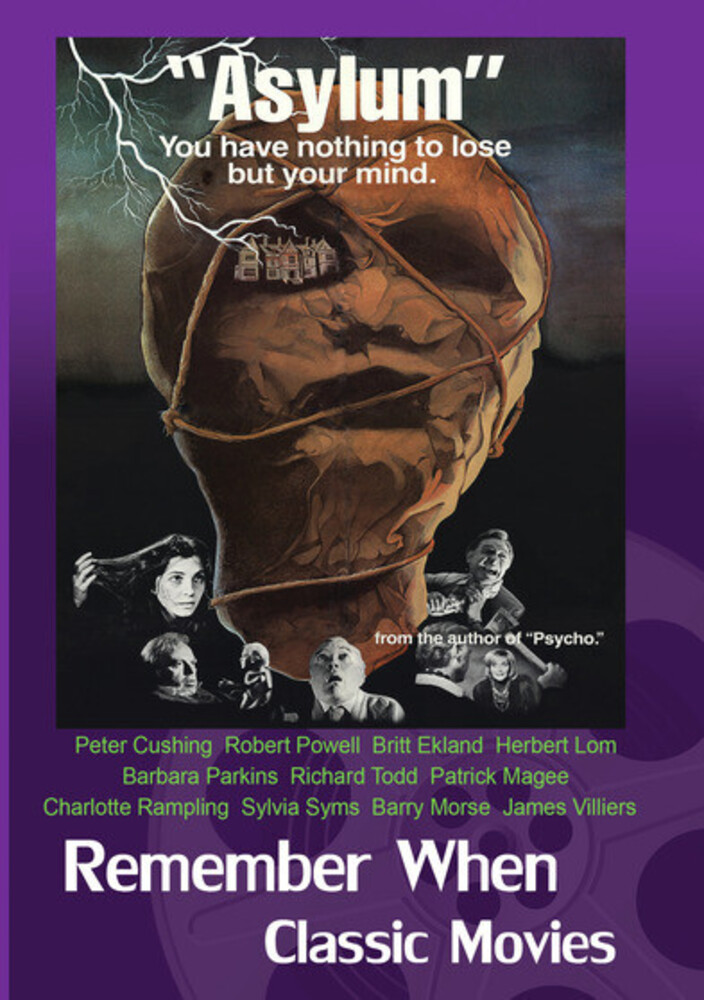 Asylum, also known as House of Crazies, is a 1972 British anthology horror film. The film was shot in 1972 and was ready for release 15 weeks later. Introduction to the Anthology directed by Roy Ward Baker Dr. Martin (Robert Powell) is to be interviewed at an insane asylum for a job. Lionel Rutherford (Patrick Magee) plans to offer the post of chief doctor to Dr. Martin only if he can identify Dr. B. Starr, the former head of the asylum who had a complete mental breakdown. This is a bizarre tale with twisted insanity. Frozen Fear: Bonnie (Barbara Parkins) recounts her plot to murder Ruth (Sylvia Syms), the wealthy wife of her lover Walter (Richard Todd). Ruth is an heiress who practices voodoo which results in horrific repercussions after Ruth's dead body is found dismembered and wrapped in individual parcels. A real 'screamer' of a movie! The Weird Tailor: Bruno (Barry Morse) is a poor tailor who accepts an offer to produce a suit for Mr. Smith (Peter Cushing). But the suit can only be sewn after midnight. Bruno learns that the suit will be used to reanimate Mr. Smith's deceased son. When Mr. Smith has no money to pay Bruno for the suit, Bruno kills Mr. Smith and uses the suit to adorn a mannequin in his shop, after which the mannequin eerily comes to life. Lucy Comes To Stay: Barbara (Charlotte Rampling) tells Martin she has been in an asylum before. After her release she is closely monitored by her brother George (James Villiers) and nurse Higgins (Megs Jenkins), but then Barbara's friend Lucy (Britt Ekland) comes to visit and things get very interesting. Mannequins of Horror and The Final Reveal: This episode stars Herbert Lom. This is another grizzly horror story from the crypt, including the Final Reveal, which will have you cringing in your seat and giving you nightmares for the rest of your life! (16:9 Widescreen)