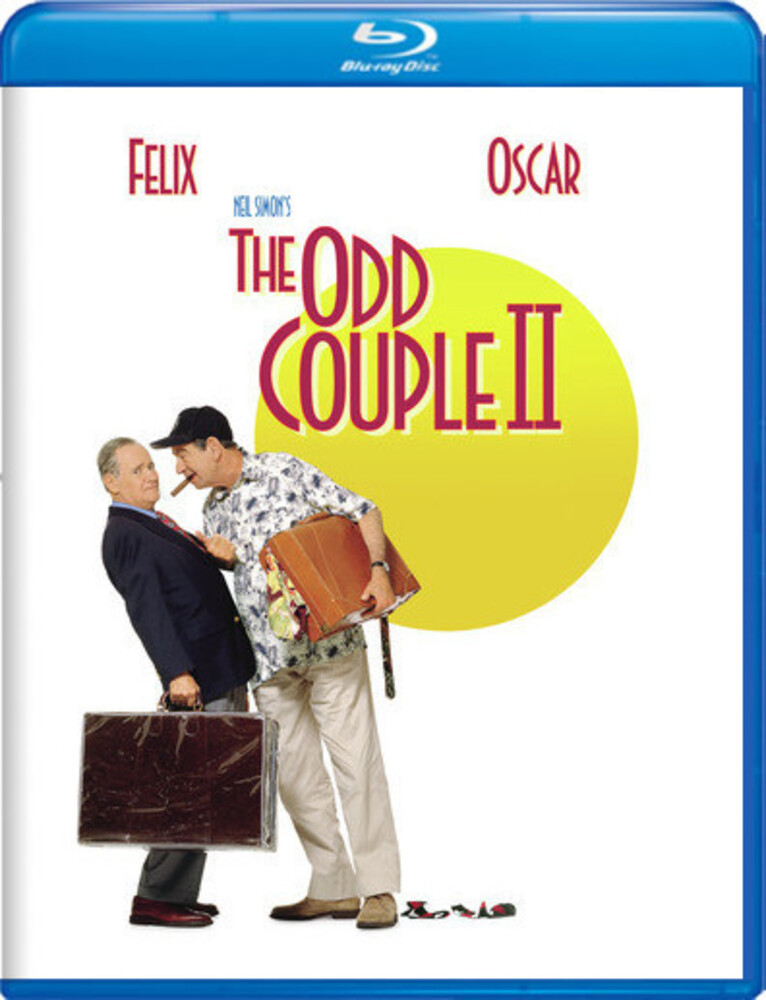 For the first time on Blu-ray, it's a comedy celebration as Jack Lemmon and Walter Matthau reunite to reprise their roles as Felix and Oscar in Neil Simon's The Odd Couple II. The times may have changed, but thankfully not the traits that make ex-roomies Felix Ungar (Lemmon) and Oscar Madison (Matthau) the all-time perfect mismatch. Oscar is still an uncompromising slob who thinks a brown sock and a black sock is close enough. Felix is still a fussbudget who can't pass a spice rack without arranging it alphabetically. After years of going their separate ways, the two are together again, en route to the weeding of Oscar's son to Felix's daughter. They've got the map, the rental car, a tankful of Simon's comedy zingers, and they're getting 1,000 smiles to the gallon.